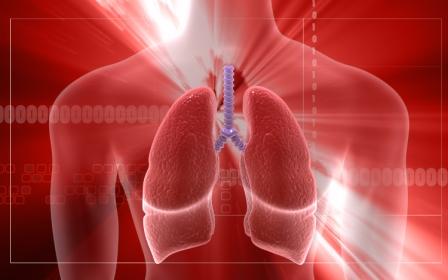 Shortness of breath, wheezing, and coughing are symptoms experienced by both asthma and chronic obstructive pulmonary disease, or COPD patients. Things such as viral infections and exposure to tobacco smoke, environmental pollution, indoor air pollution, and occupational pollution can all cause your asthma or COPD exacerbations.

Asthma and COPD: The similarities and differences

Asthma and COPD, while they do have their similarities in that they affect your airways, are present with differences. Asthma's obstruction is reversible and COPD's is not.

When you have asthma, your breathing problems occur in attacks or episodes. You experience an attack, but the inflammation of your airways is a continuous process. This process includes:

As your airway narrows, you get the all-too-familiar wheezing sounds.

According to the American Lung Association, asthma is the result of extreme sensitivity of your lungs to certain stimuli or triggers. It's primarily eosinophilic in nature, caused by allergies. Its triggers include:

Asthma is treated using a variety of medications that include:

The medications are intended to suppress the chronic inflammation that you experience.

Chronic obstructive pulmonary disease—also known as emphysema and chronic bronchitis—results in the breakdown of the parenchymal tissue that surrounds your airways and has a neutrophilic basis that is caused by bacteria. It is also known to be the third leading cause of death in the United States. Not to panic, though, it is also very often preventable and treatable.

Each disease responds differently to anti-inflammatory medications. This is because there are differences in the types of inflammation occurring. Any treatment that you receive is intended to suppress asthma's chronic inflammation while for COPD, your treatment is used to reduce your symptoms. These treatment strategies from your pulmonary specialist feature:

Many patients with long-standing asthma develop airway changes that cause COPD. These changes occur if you have severe asthma that is not well controlled. Many patients who develop COPD will need to continue to treat the inflammation caused by their asthma as well as add treatments to manage the symptoms of COPD and retain as much lung function as possible.

Within the last decade, studies have been conducted to research the links between asthma and COPD. Some research has discovered that asthma may raise the risk of COPD and also emphysema, with asthma patients being up to 17 times more likely to develop incurable lung disorders. Other researchers have reported that asthmatics were over 12 times more likely to develop COPD than those without asthma.

Further research from the University of Arizona's College of Medicine has also indicated that smoking or frequent episodes of severe bronchitis can launch the evolution of asthma into COPD. However it's still unclear how the two become comorbid conditions, sharing the strong link between an asthma diagnosis and the development of COPD.