What does a COPD Screening Entail? 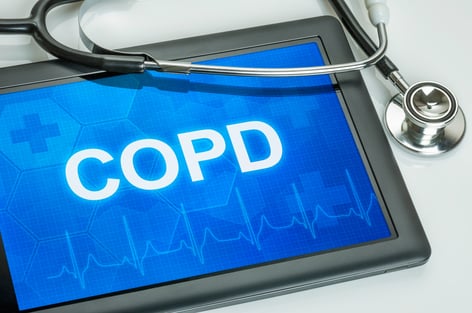 Chronic obstructive pulmonary disease (COPD) encompasses a group of diseases that limit airflow in the lungs.  Two of the most prevalent are chronic bronchitis and emphysema.  COPD is a progressive disease and affects millions of people. It is currently the third leading cause of death worldwide. As of today, there is no cure for COPD but, with early detection, a lot can be done to improve quality of life, and slow the progression of the disease.

You May be At Risk for COPD if: 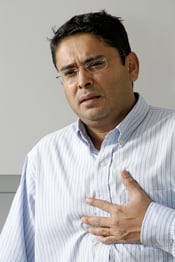 symptoms if they go on for longer than a week:

COPD can coincide with other illnesses and conditions as well, such as:

What Should I do if I’m Worried About my Breathing?

Please see your doctor right away! Your physician will likely order a screening to determine if you have the disease, the level of severity, and what treatment avenues to explore.

There are several types of screenings available to evaluate your lung function, such as:

Spirometry is the most common type of screening that can likely be done in your doctor’s office.  Spirometry is basically a test to measure the power and rate that air is expelled from your lungs. It is performed by clipping your nose and being asked to breathe into a mouthpiece for a specified period.  If air is being expelled slower, this is an indication of a chronic airway obstruction. The doctor will be able to analyze the results immediately.

The arterial blood gas analysis is a blood test that measures your lungs capacity to remove carbon dioxide and deliver oxygen to your blood.  Blood will be drawn directly from an artery and tested to measure levels of pH (acidity), oxygen, and carbon dioxide levels in the blood.  By analyzing that data, the test is used to determine how efficiently your lungs are ventilating the body.  This test takes longer to find out results as the blood sample needs to be sent away for analysis and then an appointment must be scheduled to interpret the results.

A CT scan is a comprehensive radiologic look inside the lungs.  A contrast dye will be

injected via IV that the radiologist can see flowing through the body during the scan. The scan shows the internal components of the lungs in great detail so that the severity of COPD and extent of lung damage can be assessed. CT Scans can be problematic for some.  Some find it difficult to lie still for the five minutes while the scan takes place. For any patient with kidney disease, contrast dye must be used carefully or avoided all together.  Another issue is being in the enclosed area makes some patients claustrophobic which leads to the patient not being still or listening to instructions which can affect results.

A chest x-ray takes a picture of the respiratory system. Using this method COPD can be easily detected while other problems such as heart failure can be ruled out. Chest x-rays can also reveal if there are any cysts or spots on the lungs which may be indicative of cancer, idiopathic pulmonary fibrosis (IPF), or interstitial lung disease (ILD). 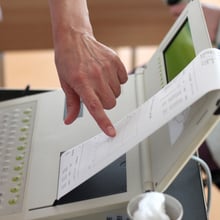 This test is generally give after you have been diagnosed with COPD and is used to gauge treatment success or disease progression. A plethysmography test starts similarly to spirometry.  A nose clip is attached,  then you sit or stand inside an air tight box that resembles a telephone booth.  You will be instructed to breathe or pant against a mouthpiece. During the test the mouthpiece will be opened or closed to varying degrees. As your chest moves while breathing, it will change the pressure and amount of air in the chamber. Using this measurement the doctor can ascertain the amount of air in your lungs.

Getting diagnosed with a serious disease can be scary so sometimes people ignore their symptoms or put off going to the doctor. Don't put it off, catching any disease early increses effectiveness of treatment.

What if I don’t have COPD?

If you go for a screening and are not diagnosed with COPD, its alright to breathe a sigh of relief but do not ignore the fact that you were having breathing troubles or exhibiting symptoms.