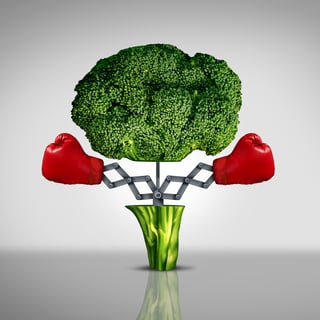 A recent study by British scientists have shown encouraging evidence that retinoic acid can slow the progression of emphysema and in some cases, even reverse damage caused by the disease. This acid is found in Vitamin A. Results from tests on mice have been very positive and the scientists how to begin human trials in the near future. This study is being conducted by doctors at King’s College in London where they have made great strides in revolutionizing treatment for COPD and other respiratory ailments.

COPD stands for Chronic Obstructive Pulmonary Disease and is an umbrella term that encompasses:

In its most common form, COPD refers to an overlapping condition of chronic bronchitis and emphysema.

There are many possible causes for this disease. 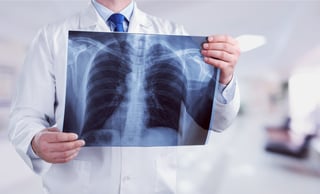 There is No Cure for COPD

As of now there is no cure for COPD but, there are research advances every day. The

recent study at King’s college is exciting because vitamin A has been shown not just to slow progression of the disease but has actually shown signs of regenerating lung tissue that has been damaged from emphysema. Vitamin A can be found in supplement form at any health food store but can also be found in many delicious foods such as:

According to the National Emphysema Foundation, research has shown that vitamin D deficiency occurs frequently in those that are battling COPD. The more serious the deficiency, the more advanced the respiratory disease as well. Overcoming the deficiency is key for effective COPD management. Vitamin D has been shown to regulate airway contraction and control inflammation.

Most people think of milk as a good form of vitamin D, and it is. However milk often leads to the generation of mucus as well so large amounts are not always advisable for COPD patients. We don’t often think of the sun as a vitamin, but it is also a great source of vitamin D. Please wear sunscreen though! Some other places to find Vitamin D are:

A study conducted at Cornell University has shown that women who regularly took vitamin E supplements had a lesser chance of developing COPD than their counterparts with similar risk factors. Vitamin E, along with C and A are antioxidants which combat what is called oxidative stress in the lungs.

Oxygen is both an essential life element as well as a hazard if absorbed in the wrong place or, present in too high of an intensity. When oxygen presents itself in a way that can destruct cells it is known as an oxidant. Oxidants can do such things as damage the immune system, clog arteries, and even cause cancer.

Vitamin E can be found in capsule form but is also present in many delicious foods.

No matter where you are in your progression of COPD, these vitamins will help with your respiratory health! They’re good and good for you, enjoy!