Traveling Air Pollution and the Effects on Your Lung Health 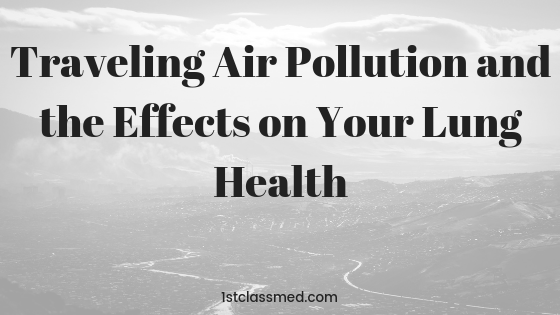 It is often believed that air pollution is a danger where it begins, but air travels, bringing pollution with it.

Though air pollution is most harmful near the source of the pollution, it is still harmful as it travels around the world.

This matter is made up of tiny particles (liquid or solid) which can make it easier to get into the lungs and bloodstreams of people and animals.

Many forms of travel, such as plane, train and cars, are factors in air pollution besides just factories.

Countries that are rapidly industrializing are some of the biggest polluters in our world currently.

How Does it Affect the Lungs? 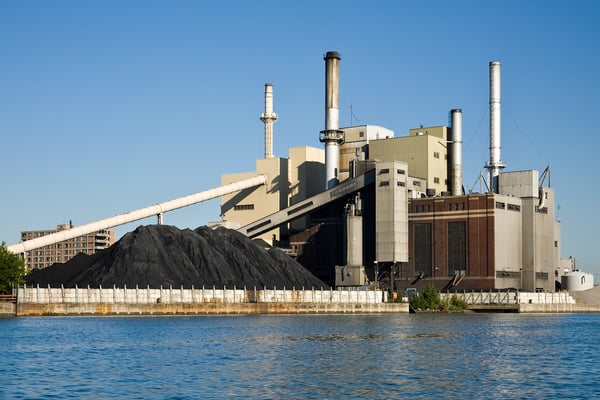 As the pollution spreads farther from its origin it can become less concentrated and may seem less harmful to your health.

But that is far from the truth, as any amount of air pollution can cause damage to the lungs.

This damage can become more severe as more air pollution is inhaled, making the lungs less effective in breathing.

As you breathe in polluted air, it gets taken to the lungs and pulled into the bloodstream to go to organs throughout the body.

This pollution can trigger symptoms such as coughing, irritation/inflammation in the airways and lungs, and excess mucus buildup in attempt to protect the lungs.

Ozone pollution can damage the alveoli in the lungs, which is where oxygen and carbon dioxide are exchanged and produced.

Ozone pollution in the body can cause lung damage, cancer and other severe disorders.

Ozone is commonly caused by car emissions, while it is naturally found on earth at more natural levels.

Your lungs can get damaged by the ozone caused by cars, but the ozone found naturally on earth is at a low level and doesn’t cause any harm.

What About the Heart?

Not only are your lungs affected, but your cardiovascular system is also at risk for damage from air pollution.

After the pollutants get to the lungs, it then goes to the blood and is sent throughout the body, including the heart.

Necrosis is possible if too much pollution is in the blood, which can cause death to cells in organs, tissue, possibly injury or even lack of blood supply.

The pollution in the blood can also cause inflammation in the body, causing pain and discomfort.

It is also possible that the air pollution can cause heart contractions, which can become serious and turn into arrhythmia.

Over the course of time, and the exposure to air pollution, you can have deadly effects from it.

As both your lungs and cardiovascular system can suffer from air pollution, they can affect each other if one is damaged.

If your lungs are damaged from air pollution, you will most likely be unable to get as much oxygen into your blood to send throughout your body.

This can cause organ damage and may require supplemental oxygen in order to make sure your body is getting the oxygen it needs to function properly.

As for your cardiovascular system affecting your lungs, if your blood is filled with pollution it can cause damage to your lungs and organs by supplying pollution to those parts of the body.

Without healthy and clean blood your organs and lungs can suffer and fail at working properly.

What Can You Do?

Regularly replacing filters in your home can help limit your exposure to air pollution when you are at home.

Long term exposure to air pollution can play a role in the development of lung conditions and diseases and can cause death.

Check your local area for companies that pollute, or your pollution level to determine if you are living in a safe area far away from pollution.

Another cause of air pollution is from travel, so cutting back on plane travel can lower the amount of pollution we contribute to the environment.

It is also important to push for cleaner fuel sources and ways to lessen the amount of pollution industries put out daily.

Using more energy-friendly products can make it easier on the environment, by using solar power, wind energy and even hydro-power.

Though these are not always attainable for you personally, pushing your local government to switch over can be easily done.

In short, the air around us travels and though it may not be very concentrated, it can be damaging to our bodies.

Our bodies often are exposed to air pollution even if we do not live next to a factory or large industrial plant.

Our lungs and heart are most likely to be damaged by air pollution, so changing filters and making sure that we limit our pollution impact are great ways to help our lungs and our future.