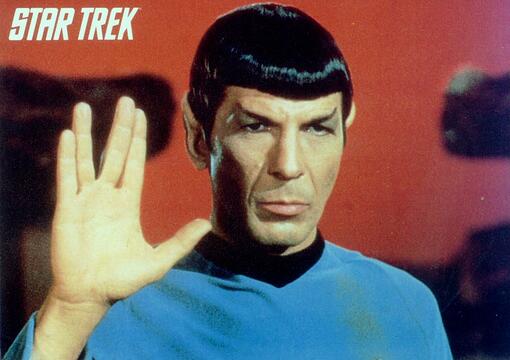 Chronic obstructive pulmonary disease, better known as COPD, is the third leading cause of death in the United States alone. On February 27th, 2015, the disease claimed one of it's approximate 120,000 yearly victims. The victim was one of the most well known actors from the original Star Trek, Leonard Nimoy.

The leading cause of COPD is smoking. Although there are other ways to develop COPD, like extended exposure to pollutants and lung irritants, the American Lung Association (ALA) estimates that cigarettes alone are responsible for about 80 to 90 percent of all COPD cases. Quitting smoking as soon as possible is one of the most important things you can do for your health, especially if you suffer from COPD. Despite quitting about 30 years ago, smoking cigarettes had taken its toll on Mr. Nimoy and he was admitted to the hospital after complaining of severe chest pain.

Click here to read more about Leonard Nimoy and his battle with COPD.

As the third leading cause of death, it's baffling how little COPD awareness is actually being spread. With an estimated 12 million adults living with undiagnosed COPD, it is crucial that we spread awareness of the disease and what it's capable of. If Leonard Nimoy quit smoking 30 years ago and COPD still had a strangle hold on him, how can we prevent cases like this in the future? If you or a loved one are experiencing shortness of breath, smokers cough, or any of the other common COPD symptoms, it is imperative that you schedule a doctor's appointment.