Asthma vs. COPD What are the Differences?

Some 13 million people are being treated for COPD but it is estimated that as many as 13 million more may have COPD and not know it. Some patients in the early stages are being treated for a persistent cough which their physicians mistakenly think is asthma related. Adding further to the confusion as many as 40% of people that have COPD, also have asthma and asthma is considered a risk factor for developing COPD later in life. Though the two conditions are related it is important to know the difference between the two and which you have to recieve proper treatment.

Physiologically They do Have Differences 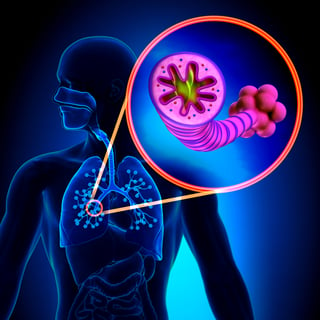 Asthma is an inflammatory disease wherein airflow obstruction and bronchial spasms cause shortness of breath, wheezing, and coughing.  As many as 24.6 million Americans have been diagnosed with asthma and it is a disease that affects people of all ages. It is usually associated with allergy sufferers or people whose workplace contains a lot of dust or chemicals. The following are a general characteristics of the disease.

COPD, or chronic, obstructive, pulmonary disease is an obstructive lung disease. COPD is an umbrella term which encompases many ailments including emphysema, and bronchits. In COPD patients airways are often inflamed but generally the respiratory distress inherent in this disease is caused by mucus obstructing passageways. COPD is characterized by some of the following traits:

Though they do present similarly, especially in the early stages of COPD, coughing is probably the most common symptom of both these diseases.

In asthma the cough is generally dry and accompanies wheezing. Generally a cough is only present during an exacerbation and disappears once rescue inhalers or other steroid medications are administered.

In COPD the cough is generally a wet cough that yields mucus. The cough may be worse at certain times of day, for instance, in the morning when the patient has been laying down and mucus has settled in their lungs. It is however, usually present  to varying degrees and worsens as the disease progresses.

Diagnosis of Each Ailment

Asthma is generally diagnosed as a physician observes a patient's condition over a period of time. The doctor will often do a physical exam listening to the patient's lungs for signs of wheezing and noting the presence of respiratory allergies. If the patient's coughing, breathlessness, and wheezing responds quickly to bronchodialtors, the patient will most likely be diagnosed with asthma.

Both conditions make use of bronchodilators to open airways but for asthmatics, inhaled corticosteroids are the most common method of ongoing treatment. In extreme cases patients may be prescribed oral steroids.

COPD patients are generally placed on a program of pulmonary rehabilitation. There is no cure for COPD at this time but being disciplined and and adhering to a pulmonary rehab regimen can slow the progression of the disease and increase the quality of life for the patient. In later stages many patients are prescribed medical oxygen. Light and compact portable oxygen concentrators make it possible to travel and for oxygen patients to go on leading full and independent lives.

If you have either of these conditions, or even if you don't, please quit smoking! It's the best thing you can do for your lungs and overall health. Avoid 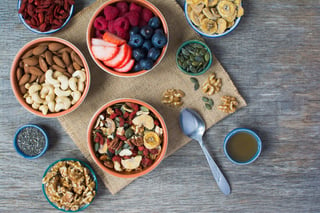 allergens and air pollution as much as possible.

Eat healthy foods that are good for your lungs! Flavonoids are beneficial to your health and one flavonoid called khellin has been shown to reduce inflammation in airways. An apple a day gives you plenty of khellin to help your lungs stay strong.

Get plenty of vitamin C to help fight free radicals. Oranges and other tropical fruits have plenty of C but so do chili peppers, bell peppers, strawberries, and kale.

Stay hydrated! Your lungs are 80% water so if you get dehydrated your body starts using the water from your lungs for other functions. Water also helps flush out toxins and thins mucus for easy clearing.

Magnesium contributes to healthy lung function, so add fatty acids to your diet. Beans, seeds, and nuts are good sources for magnesium. 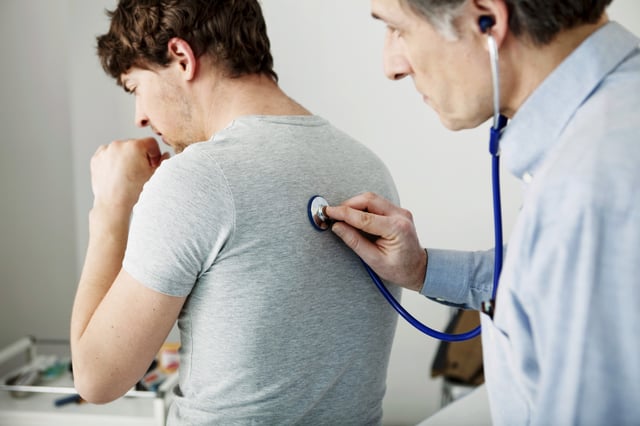 If you feel that you have been misdiagnosed or have never been tested for COPD but suspect you may have it, get to the doctor immediately. There is a lot that can be done to slow progression if caught early. Asthma attacks can be dangerous, even fatal, but asthma can be controlled with medication and trigger avoidance. Most asthmatics live largely symptom free lives with proper medical supervision.