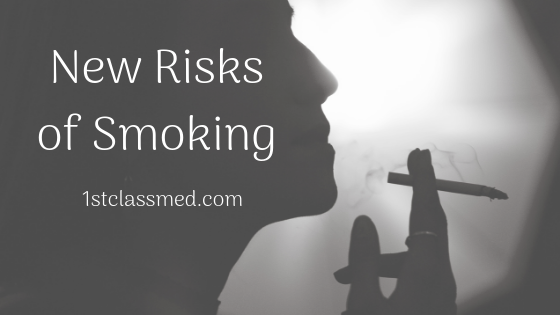 The report, released January 17th, 2014, concluded smoking is "casually linked" to diabetes, colorectal cancer, liver cancer, rheumatoid arthritis, erectile dysfunction, and macular degeneration. Macular degeneration is a major cause of age-related blindness. Along with the new found links to the diseases and conditions listed above, smoking causes inflammation, impairs immune function, and increases the risk of death from tuberculosis. Smoking also harms pregnant women and their fetuses. Smoking while pregnant can cause cleft lips and palates and can be a risk factor for sudden infant death syndrome (SIDS).

In the youth, it is believed that at the current rate, nearly 5.6 million Americans (younger than 18) will die prematurely due to smoking. Though rates are down from 1964, nearly 3 million middle school and high school students still smoke.

Though those who smoke are smoking less cigarettes compared to 50 years ago, but are still at a higher risk of developing lung cancer. It is believed that this is because cigarette designs have changed, and the filters allow individuals to inhale more vigorously. Cigarettes also contain higher levels of 70 different chemicals, as manufacturing processes have changed.

The American Lung Association and other groups suggest the US should aim to have adult smoking rates lower than 10% in the next 10 years. If you are a smoker, make it your goal to help cut that statistic. With more and more harmful diseases and conditions being linked to smoking, it is scary to think of what smoking may cause next. As David Sutton, a spokesman for Altria, the parent company of Philip Morris USA, said "As we've said for some time, there is no safe cigarette." Click here to see the full article from 9News.