What are Pulmonary Nodules and Should I be Worried?

The news of something being found in your lungs can be a scary diagnosis, but it doesn’t always mean cancer.

A lung nodule or a spot on the lungs, is very common in those who have smoked but doesn’t mean a lung cancer diagnosis.

These spots are 3 centimeters large or smaller, if they are any larger they are considered lung masses.

What are Pulmonary Nodules?

Pulmonary nodules (or lung nodules) are oval-shaped growths in the lung, which can be benign (noncancerous) or malignant (cancerous).

Pulmonary nodules are often caused from smoking and are more common among smokers versus non-smokers.

Normal lung tissue often surrounds the nodule, and it is possible that there are multiple nodules versus only one.

The nodules are more likely to be benign if you are younger than 40, are a nonsmoker, calcium is detected in the nodule and the nodule is small.

If it is benign, your doctor may still want it removed as the nodule can eventually turn cancerous.

A benign nodule can lead to an early detection of cancer and can increase the survival rate dramatically.

Nodules can be both cancerous (malignant) and noncancerous (benign), often 90% of nodules that are smaller than 2 centimeters are benign.

Inflammation is often the cause of benign nodules, but infection can also be a cause.

Inflammation can be caused by infections, which can include a fungus, tuberculosis (TB) or a lung abscess.

Granulomas form when the immune system isolates substances with a foreign body in it.

It is common from granulomas to form in the lungs as you can breathe in many types of different substances that your body can deem foreign.

A history of tuberculosis can also cause pulmonary nodules, as it can form scar tissue which is the cause of the nodules.

Non-infectious disorders that cause inflammation in the body can also be a cause of pulmonary nodules.

Some types of non-infectious disorders can include rheumatoid arthritis, sarcoidosis, and Wegeners granulomatosis.

Neoplasms (which are abnormal growths in the tissue and cells in the body) can also be a cause of a nodule, as it causes the growth to occur.

Neoplasms can be either benign or malignant, meaning they can cause cancer.

If the tumor becomes malignant, it can be lung cancer, lymphoma, carcinoid, sarcoma or a metastatic tumor.

Lymphoma is a growth containing lymphoid tissue, carcinoid is a slow-growing cancerous tumor, sarcoma is a tumor containing connective tissue and metastatic tumors have spread to the lungs from cancer elsewhere in the body.

Pulmonary nodules do not usually have any symptoms present, but it is possible they can occur and can be at fault of the nodule.

It is more often than not that you would not have any symptoms but would only find out about the nodule during an x-ray or CT scan of the chest.

Once a nodule is found, there is a possibility it can be cancerous.

In order to determine if the nodule is cancerous or not, your doctor may choose to monitor your nodule by taking an x-ray or CT scan over the course of a couple years.

After taking x-rays or CT scans for 2 years, if there is no chance in shape or size, the nodule is considered benign and is not harmful.

If the nodule is growing slowly or not at all, it is not dangerous and will not be considered malignant.

Additional testing may be done to further determine what the nodule is, such as positron emission tomography, bronchoscopy, blood tests, TB tests and a needle biopsy.

A biopsy is a very common method of diagnosis because it allows the doctor to determine what the nodule is made up of, cancerous or noncancerous cells.

The biopsy is done by inserting a needle through the chest wall into the nodule, this is often done with a CT scan to guide the doctor.

You may also have to give more information about your medical and family history to determine if you are at a high risk for developing cancer. 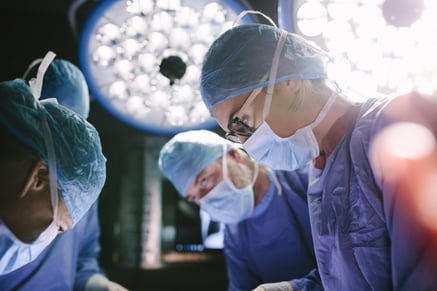 It is most likely that your doctor will just observe your pulmonary nodules over the course of a couple years to determine if you should have further testing or if you have no change in size of the nodule.

If there is no change, it is unlikely that anything will need to be done as long as the nodule is not causing any harm and isn’t interfering with breathing.

But if the nodule grows or testing shows it to be malignant, further steps can be taken to remove the nodule.

At this point your doctor may suggest getting a biopsy or removing the nodule entirely if it is cancerous, which can prevent the cancer or tumor from spreading and growing throughout the body.

It is more important to have it biopsied or removed if you are a smoker and the nodule is large, there are symptoms, a test shows the nodule can be cancerous, or the nodule has grown over the past 2 years.

If the nodule needs to be removed it can be done one of two ways, a thoracotomy or a video-assisted thoracoscopy.

A thoracotomy is open lung surgery, done by cutting through the wall of the chest to remove part of the lung that has dying tissue.

This can require you to stay a handful of days after the surgery in the hospital for recovery.

A mini-thoracotomy can be done as well, which is less invasive and may require a shorter stay in the hospital.

A video-assisted thoracoscopy is performed with a thorascope (which is a flexible tube with a small camera at the end) and allows the surgeon to have a smaller incision.

The smaller incision is a small cut into the chest wall, this allows the surgeon to insert the thorascope into the lung and see what the nodule looks like and then remove it.

This small incision allows the recovery time to be shorter, letting you return home faster.

Overall pulmonary nodules can go unnoticed, which can be good and bad, but can be treated if symptoms do arise.

Though there are a handful of causes, inflammation is high on the list of why nodules occur.

Symptoms may or may not show up, but the nodule may show up during an x-ray or CT scan.

Your doctor may perform some tests to determine the correct diagnosis as well as a path of treatment for you.