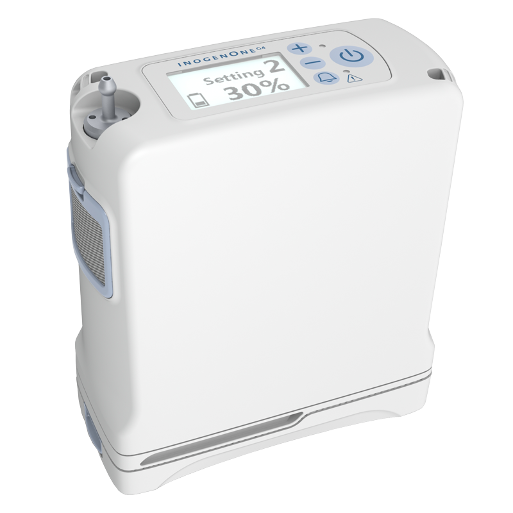 This post was updated 8/22/16 to add more information and announce the Inogen One G4 is on sale!

Inogen is hands down one of the leading innovators in the oxygen industry. They sparked an oxygen therapy revolution with their first portable concentrator, the Inogen One and haven't looked back since.

Well, in June we learned that Inogen is releasing the brand new and innovative Inogen One G4 portable oxygen concentrator. In the press release Inogen CEO, Raymond Huggenberger said, "The Inogen One G4 exemplifies Inogen's spirit of innovation and dedication to designing products specifically for the end consumer, the oxygen therapy user. We are extremely proud of the level of innovation that we are delivering to patients, and we look forward to hearing about the lives changed because of the Inogen One G4."

Inogen waited to release this unit to other distributors so they could test the first batch of units to ensure everything was working properly on their brand new machine. Not to mention, the G4 still had to get FAA approved.

Not only did we receive our first shipment this morning, but the Inogen One G4 also received its FAA approval today!

So here's the deal:

For such a small unit, the Inogen One G4 is incredibly powerful. It's a pulse flow delivery system which means it does not offer continuous flow, but it offers settings 1-3. It is equipped with Inogen's standard Intelligent Delivery Technology to ensure the unit detects your breath to delivery your oxygen with incredible accuracy. The G4 is the smallest and lightest unit in its class and you don't sacrifice functionality or battery life for the small size.

The G4 operates using a single battery system. You can power the G4 using a charged battery or by plugging it into the AC or DC power supplies. There are two different battery types available for this unit, just like the Inogen One G2 and Inogen One G3.

The Inogen One G4 has not gotten FAA approval yet. The Department of Transportation and the FAA made some changes to their acceptance criteria for portable oxygen concentrators used on commercial flights. While the G4 already meets their new criteria, the final ruling will not be implimented until August 22nd, 2016. Once the ruling is implemented the G4 will receive FAA approval.

What Comes With The Inogen One G4?

How Can You Get The Inogen One G4?

Because the unit is brand new and just got released to distributors, there are only a couple companies that will have it in-stock. We happen to be one of the distributors with the G4 in-stock, today!