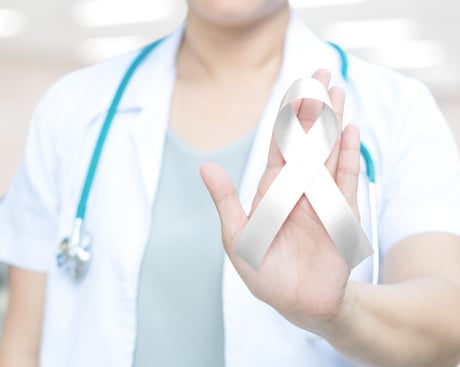 Every year more people die of lung cancer than of breast, colon and prostate cancers combined. Lung cancer mainly occurs in older people with about 2 out of every 3 people diagnosed being 65 years or older. Estimates from the American Cancer Society show that in 2019, for lung cancer in the United States there are;

According to the World Health Organization (WHO), 7.6 million deaths globally are caused by cancer yearly. Lung cancer is by far the number one cancer killer, causing a total of 1,370,000 deaths worldwide each year.

Lung cancer is the uncontrolled growth of abnormal cells in either one, or both lungs. It 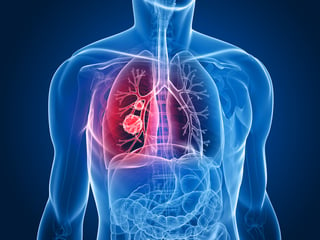 can be broadly classified into two main types based on the cancer’s appearance under a microscope;

This is the most common type of lung cancer accounting for about 85% of lung cancers. It can further be divided into four subtypes, each with different treatment options and these subtypes are;

This is also called oat cell cancer and accounts for about 10 to 15 percent of lung cancers. It is characterized by small cells that multiply quickly and form large tumors which travel throughout the body. This type of lung cancer tends to spread quickly and almost all cases are as a result of smoking.

There is also one other type of lung cancer, though very rare, called lung carcinoid tumor. It is sometimes also called lung neuroendocrine tumors. It is characterized by tumors that grow very slowly and rarely spread. It accounts for less than 5% of lung cancers.Knowing which type of cancer you have is important because it affects your prognosis and treatment options. 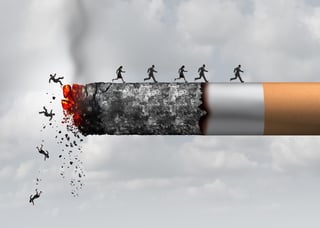 Normal body cells follow an orderly path of growth, division and death. All the body cells contain the genetic material called the DNA and each time a mature cell divides into two new cells, its DNA is duplicated. The cells are identical copies of the original cell in every way and this way our bodies continuously replenish themselves.

When old cells die, the new cells replace them. Programmed cell death is called aptosis, and when this process breaks down, cancer begins to form. Cancer is ultimately a result of cells that grow with no control a do not die. The consistent growth and division of this cells leads to a mass of abnormal cells with no control.

A cancer begins with an error, or mutation, in a cell’s DNA. DNA mutations can be caused by a variety of reasons. Most lung cancers are caused by inhaling carcinogenic substances.

These are substances that promote carcinogenesis, the formation of cancer. Some carcinogens do not affect the DNA directly but may lead to cancer in other ways. Examples of carcinogens include; asbestos, tobacco, arsenic, and radiation such as gamma and X-rays.

Free radicals that try to steal electrons from other molecules in the body are formed when our bodies are exposed to carcinogens. These free radicals damage and affect the ability of the cells to divide and function properly.

Close to 87% of lung cancers are smoking-related, due to the carcinogens present in tobacco smoke. Exposure to tobacco smoke through second-hand smoking can also damage your cells and lead to the formation of cancer.

Cancer can also be caused by a genetic predisposition which is inherited from family members. It is possible to be born with a fault gene or a certain genetic mutation that makes it statistically more likely for an individual to develop lung cancer later in their life. Also, the likelihood of developing cancer can be increased when exposed to certain factors when you have such genes. 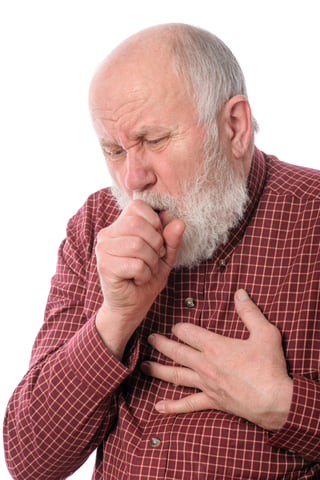 of the location of the cancer. These symptoms may take years before they appear and usually do when the disease is in an advanced stage. They include;

If the lung cancer spreads or metastasizes, additional symptoms are most likely to present themselves in the newly affected area. Take for example, if the cancer spreads to the brain, patients may experience seizures, vertigo and headaches among other symptoms.

It is also a possibility for the cancer to affect the adrenal glands which will result in changes in hormone levels. Other diseases may have similar symptoms, so it is important to visit your doctor and get checked out to verify the cause.

Several procedures that may include bronchoscopy, MRI scans, chest X-rays, CT scans and PET scans may be undertaken by your physician to diagnose lung cancer. Although they may provide important information with regards to your diagnosis, biopsy is the only procedure that can confirm your diagnosis as well as determine what type of lung cancer you may have.

An oncologist thereafter determines the stage of cancer that you have which will help you establish the choices available for treatment. Before you settle for one option, it is always advisable to seek a second opinion to help you make a decision on the way forward with your treatment.

Drugs Developed for the Treatment of Lung Cancer 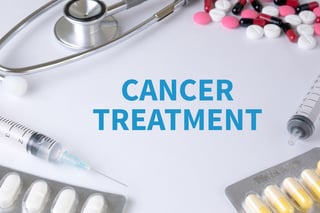 Over the years, researchers have learned more about the changes that come with cancerous cells that help them to grow. This has helped them to develop new drugs to specifically target these changes and stop the growth and spread of these cells. Below are some of the drugs and the different types of changes that they try to stop.

Common side effects of this drug include; mouth sores, high blood pressure, fatigue, loss of appetite and diarrhea.

Drugs that target cells with anaplastic lymphoma kinase (ALK) gene changes – About 5% of NSCLCs have a rearrangement in a gene called ALK. It is most often seen in non-smokers or light smokers who have the adenocarcinoma type of NSCLC.

These drugs can shrink tumors in people whose lung cancers have the ALK gene.

Drugs that target cells with epidermal growth factor receptor (EGFR) changes – EGFR is a protein on the surface of the cells which helps the cells to grow and divide. Some cells have too much EGFR, which makes them grow rapidly. Drugs called EGFR inhibitors have been developed to block the signal from EGFR that tells the cells to grow. Some of these drugs can be used in the treatment of NSCLC.

EGFR inhibitors that are used for squamous cell NSCLC – Necitumumab (Purtarazza) is a monoclonal antibody that targets EGFR. It can be used to treat people with advanced squamous cell in NSCLC and is often used together with chemotherapy. It is administered as an infusion, into a vein.

EGFR inhibitors with EGFR gene mutations used in NSCLC, these include;

All these medicines are taken orally as pills and can be used alone without chemotherapy as treatment for NSCLSs that have certain mutations in the EGFR gene.

One of the mutations is known as the T790M mutation. There are however some newer EGFR inhibitors that have been developed to also work against cells with this mutation. An example of such a drug is Osimertinib (Tagrisso).

Common side effects of all EGFR inhibitors include; diarrhea, mouth sores, skin problems such as acne-like rash on face and chest, and loss of appetite.

Drugs that target cells with BRAF gene changes - Some cells have some changes in the BRAF gene, cells with these changes lead to the production of BRAF protein which helps them grow. Drugs that have been developed to target this and other related proteins include;

These drugs are taken orally as pills or capsules and can be combined to treat metastatic NSCLC if it has a certain type of BRAF gene change. Common side effects include; fatigue, nausea, hair loss, diarrhea and fever.

Most of the drugs listed above mainly help to treat NSCLC. There are other treatment options to treat lung cancer and these include chemotherapy which is a treatment using anti-cancer drugs either taken orally or through injections, radiation therapy which is the use of high energy rays or particles to kill cancer cells, surgery and palliative procedures.