Interesting Facts About Oxygen in Our Environment 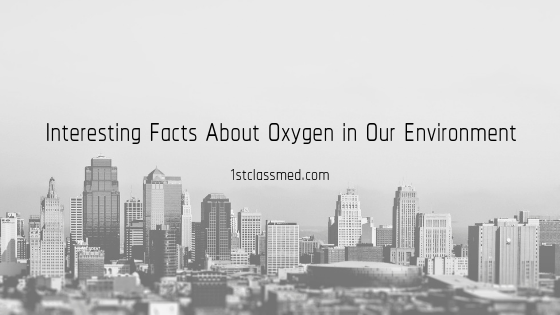 Oxygen is a huge part of our daily lives, though we do not always realize it.

Our bodies depend on oxygen to preform normal bodily functions, such as processing food into energy and helping our organs function.

We wanted to share some interesting facts about element number 8 on the periodic table, oxygen.


The Clean Air Act (set between 1990 and 2020) “will prevent over 230,000 early deaths.” This in turn will boost economic benefits, as nearly 85% of economic benefits are due to reduction in premature death (associated with lower particulate matter).


Many people believe that tre 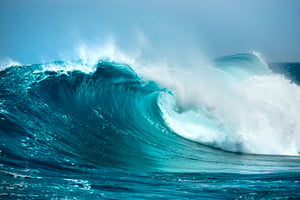 es and plants (on land) provide us with oxygen, while removing carbon dioxide, but most of our oxygen comes from small ocean plants called phytoplankton. It is believed that phytoplankton produces between 50-85% of the Earth’s oxygen.

Not all lungs are the same, among animals and humans. Cheetahs have larger lung capacity than humans, this is because they need oxygen supplied to all their muscles continuously in order to run so fast. Elephants have large lungs not for fast running, but due to their large body size. As for humans, human lung size changes from person to person, based on genetics, gender and height.

At maximum capacity, the average lung can hold nearly six liters of oxygen, but we don’t often use our lungs at maximum capacity. In healthy lungs, only 70% lung capacity is used. Our lungs are also different in size, with our right lung often being wider (yet shorter) than the left lung.

As the amount of environmental pollutants increase (air pollutants and chemical substances), various allergies are also shown to worsen. Particles are smaller than 1/30th the diameter of our hair, making them small enough to sneak past our bodies defense system. Breathing in pollutants can increase the risk of early death, heart attacks, strokes and emergency room visits (for those with asthma, cardiovascular disease and diabetes). By reducing pollutants we put in the air, it can help minimize the amount of allergy attacks the public will have.

Our lungs are complex, putting in a lot of work to breath. As we breathe in, air travels down the throat, into the trachea. The air is then divided among the bronchial tubes and go into either lung. As air passes into the lungs, they are then divided into bronchioles and goes into the alveoli. There are roughly 480 million alveoli in our lungs. The alveoli is where we exchange fresh oxygen for carbon dioxide.

The air we breathe is not just oxygen, which is why air is not simply called oxygen. It is composed of only 21% oxygen, 78% is nitrogen, and the remaining 1% is a combination of a handful of other gases. Oxygen makes up about 65% of our bodies, and we use oxygen in our daily activities, though we may not notice it. We need oxygen to breathe, supply oxygen to our organs (and remove carbon dioxide) as well as produce energy from our foods. 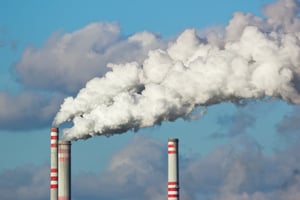 7 of the top 10 most polluted US cities reside in California. Visalia/Porterville/Hanford, Bakersfield, Los Angeles/Long Beach, Fresno/Madera, Modesto/Merced, El Centro and San Jose/San Fransisco/Oakland are all in the top 10. This is very concerning that much of California has high scoring cities for year-round particle pollution. You can see here if your city is on the list (there are 3 lists, ozone, year-round pollution and short-term pollution).

Surprisingly, indoor air pollution is often worse than outdoor air pollution, even in major, highly polluted cities. We spend nearly 90% of our time indoors, which exposes us to more health risks. There are many indoor pollutants, such as oil, household cleaning products, heating and cooling systems, humidification devices and building materials. These can be amplified if the home does not have proper ventilation.

Oxygen is a part of our daily life, both in our bodies and around us.

These facts are not only interesting but they can change the way we think about pollution and air.

It is important to learn about the air we breathe and the affects it can have on our health if there is pollution in the air.