Idiopathic Pulmonary Fibrosis (IPF): Everything You Need to Know 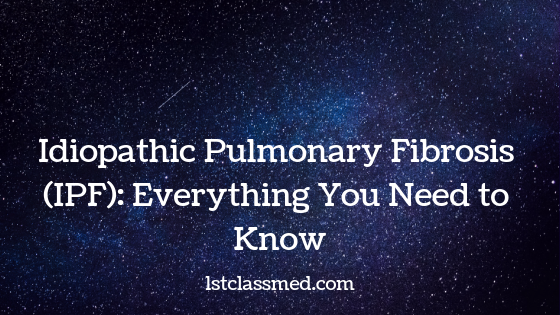 Idiopathic pulmonary fibrosis, or IPF, is a progressive disease that damaged the lungs that has no known cause.

IPF is an interstitial lung disease, which is a group of over 200 diseases that have similar symptoms but many different causes.

This damage is caused by scarring in the lungs that prevent the lungs from working properly.

At the beginning of the disease there is only mild scarring around the edges of the lungs, but as the disease progresses it works towards the center of the lungs and heavily scarred tissue takes over.

This scarring can make it extremely difficult to breathe and bring oxygen throughout the body.

IPF does not have any known causes, and research is still trying to figure out possible causes.

Though there are not known causes, there are risk factors associated with IPF.

Any job that requires you to work around fumes and dust can put you at risk.

Jobs such as farmers, hairdressers, metal workers and stone workers can put the individual at risk for developing IPF.

For those between the ages of 40 and 70 are at risk of developing IPF, on average 2/3 of patients with IPF are older than 60 when they are diagnosed.

A history of smoking can also put someone at risk of developing IPF, roughly 75% of people with IPF have smoked in the past (or currently smoke).

Statistically, men are more likely to be diagnosed with IPF than women, though women are still diagnosed.

Genetics can also play a role in IPF, nearly 20% of those with IPF have a family member with an interstitial lung disease as well.

Acid reflux (GERD) can also put you at risk for IPF, nearly 75% of those with IPF have symptoms of acid reflux or heartburn. 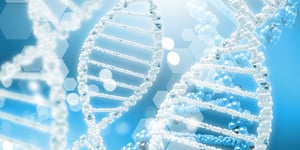 Commonly, symptoms of IPF are gradual and may not be noticed until the disease is in full swing.

The most common symptoms include breathlessness and a chronic cough.

Breathlessness can occur in IPF during exercise at the beginning, but as the disease progresses things such as showering, walking upstairs, and getting dressed can cause shortness of breath.

Chronic cough occurs in more than 80% of those with IPF, the cough will last longer than 8 weeks, often feeling “dry”.

With a chronic cough, those with IPF can also experience a cough that produces sputum or phlegm.

Other less common symptoms include chest pain, weight loss, loss of appetite, fatigue, clubbing and swelling in the legs.

If any of these symptoms are experienced, it is important to make an appointment with your doctor.

When you see your doctor, they will discuss your medical history and current symptoms to rule out any other diseases/conditions.

After discussing symptoms, they may perform a physical exam and listen to your lungs to see if they notice any abnormal sounds.

Once the possible causes are narrowed down, your doctor will most likely have some tests done to further confirm their diagnosis.

Tests such as chest imaging, lung biopsy’s, and pulmonary function tests are all done to help diagnose a patient.

Chest imaging often consists of x-rays or high-resolution CT scans which can help medical professionals see any damage or scarring.

Lung biopsy’s are done to look at the tissue in the lungs to check for damage and diagnose IPF or another lung disease.

Pulmonary function tests, such as a spirometry, can help measure how well your lungs are working compared to a healthy lung.

There may be more tests done if the tests listed above do not bring definitive results.

Some additional tests can include tuberculosis (TB) test, blood tests, exercise tests and a bronchoscopy. 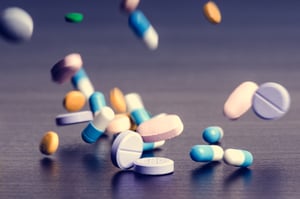 As there is no cause for IPF, it can be hard to treat, and there is currently no cure.

The disease also progresses and is not able to be stopped or reversed at this time.

Many medications can help relieve symptoms of IPF, as well as slow progression of the disease.

Other options besides medications, lung transplant surgery may be an option for those in good health or supportive treatments.

Supportive treatments such as supplemental oxygen may be prescribed to help provide as much oxygen as possible.

Pulmonary rehabilitation is also recommended for those with IPF, as it can help strengthen the lungs and improve breathing.

Interstitial pulmonary fibrosis is a progressive lung disease with no known cause or cure.

The goal is to manage IPF to make the individual comfortable and relieve any symptoms they may feel.

Your doctor will most likely discuss the current state of your disease, anything to look out for and what the future may look like.

They will most likely want to see you a few times a year to check to progression of the disease.

Your medical team will be a very valuable tool when dealing with IPF, so if any questions or concerns ever arrive, give them a call!