How Vaccines Can Save Your Life

We all remember being dragged to the doctors before school started up again to get shots, it was never fun, and we resented our parents for a few days afterwards.

Long-term, though we didn’t know it at the time, those vaccines we got helped prevent many fatal diseases, some of which no longer exist outside of a laboratory setting.

According to the CDC, “vaccines have prevented countless cases of disease and saved millions of lives.”

It is easier to prevent a very serious disease or illness, then having to treat it afterwards.

Though vaccines are not fun to get, they help the body build an immunity to the illness, helping your body fight off any germs that may have entered the body.

Children are born with an immune system, some of the immunity comes from cells, glands, organs, and fluids in the body.

For the first year of our lives, we have antibodies that we got from our mothers, but after that year they go away and we become vulnerable to any illnesses.

The immune system in the body recognizes germs (also called “foreign invaders” or antigens) and produces antibodies to fight the invaders.

When we are young, before the age that vaccination occurs, and our bodies have foreign invaders, our immune system starts to produce antibodies to fight that specific invader.

As our bodies have to make antibodies to fight those invaders, it can take time, which then causes us to get sick.

Our immune system is very smart though and can remember the foreign invader from years ago, defending the body quicker if the invader returns.

This is what our immunity is, a large group of antibodies that are specific to many germs and can prevent us from getting sick.

Sadly, at an age before vaccinations are done, many children have to get sick before they become immune to the disease or illness. 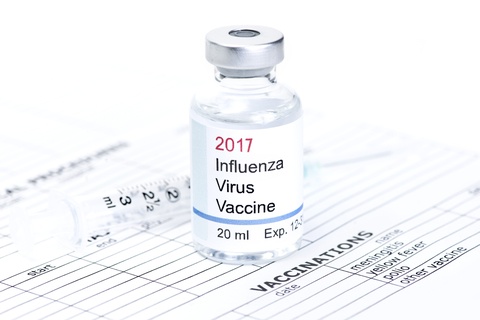 Vaccines are used to help our bodies grow a defense (or an antibody) against a disease or illness.

What is injected into the body is the same antigen (remember “foreign invaders”) that causes the disease.

Now that can sound scary, as you are exposing yourself to the same disease or illness you are trying to defend yourself against.

The vaccine we are given is made up of either dead antigens of that disease, or very weak antigens.

Those antigens are strong enough for our bodies to make an antibody to defend itself, but not strong enough to make us sick from the disease.

This is how we build our immunity from vaccines, versus us having to get sick and develop antibodies from there.

On average, the flu can last up to 15 days, requiring you to miss a few days of work (A. to feel better, B. to prevent infecting anyone else).

Pertussis, which can be deadly to infants, is most commonly given to infants by adults, so it is important to get the vaccine before you have children or are going to be around children.

The weak vaccine imitates the disease, but does not cause the disease, so it makes your body believe it needs to create antibodies and protect you.

This can cause minor symptoms of the disease but will go away as the body creates the antibodies.

Common side effects of vaccines are mild compared to symptoms of the disease the vaccine is being used for.

When you are vaccinated throughout your life, it protects you from very serious illnesses that still exist today, such as shingles, pneumococcal disease, the flu, HPV and hepatitis B.

HPV and hepatitis B can lead to cancer if you get the disease, so it is very important to get vaccinations to prevent the illnesses that can cause cancer.

Currently in the U.S. today, an average of 50,000 adults die every year from diseases that can be prevented by vaccines.

Vaccines are tested and studied in labs in order to ensure that you will not catch the disease from the vaccine, as the antigens in the vaccine are either dead or very weak.

Some people cannot get vaccinated, which is where “herd immunity” comes into play.

Herd immunity is where a majority of people who can get vaccinated, do, which can help prevent the spreading of any disease or illness.

In Japan during the 70’s there was a vaccine program that was to help protect everyone from pertussis.

During 1974 there were 393 cases of pertussis reported, and no deaths.

Rumors began that the vaccine was unsafe, and the population didn’t need it, people began to ignore doctor recommendations to get the vaccine and it dropped 70% by 1976.

After the epidemic, the population realized how important it is to get the vaccine and began to vaccinate again, the cases reported began to go down.

Vaccines are used to help us build an immunity to a disease or illness, protecting us from very painful and life-threatening diseases.

Not only do vaccines have the most rigorous testing just to get approved by the FDA, they also have a safety tracking system that is used even after the vaccines are given.

Sadly, as more and more people refuse to vaccinate, we all become more at risk of getting a life-threatening disease.

Even though others may refuse to vaccinate, it makes it even more important for you to vaccinate, in order to protect yourself from diseases such as mumps, pertussis, and measles.

At any age, vaccination is important to protect yourself and those around you from developing a serious, even life-threatening disease.

Even though shots can be painful, they can help you long term from more serious symptoms and treatments.

Speaking with your doctor about the right vaccinations for you and your family is important, as there may be some you didn’t know you needed.