How to Lose a Cough in 10 Days 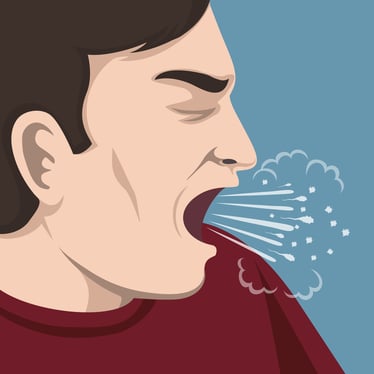 Coughing robs you of your sleep and can make you uncomfortable is social situations. Unfortunately a cough is a fact of life when you are living with COPD or other respiratory illnesses. Your doctor has likely prescribed medication to keep coughing productive and to a minimum. Coughing is the body’s way of expelling irritants and bringing up mucus so it’s not a good idea to stifle it altogether but there may be a combination of facts that are causing your cough. Most ways to resolve your cough do not involve over-the-counter medications for a reason. They will most likely not help with your coughing.

The use of salt to fight an infection and inflammation can be dated back to close to the second millennium B.C. Salt fights infection by temporarily increasing pH to levels that make it difficult for bacteria to survive. If you have an infection, the salt should take care of it. If your cough is due to inflammation, the salt will cause it to subside, though the effect is temporary so leave the salt in contact with your throat as long as possible and gargle several times a day.

To create a solution that is similar in consistency to tissue fluids so as not to irritate your mucus membranes or oral cavity, dissolve half a teaspoon of salt in warm water and gargle.

Add a Touch of Honey 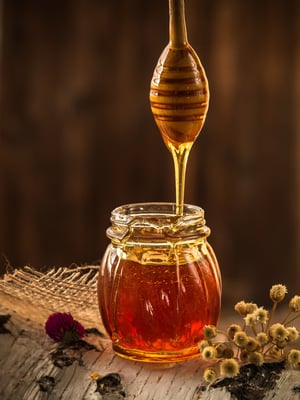 soothe irritated throats. And since mom is hardly ever wrong, you should too! An NCBI study reports that honey out performed dextromethorphan in soothing nighttime coughs. Swallow a spoonful or mix it in your tea. Honey and coffee might sound weird but Primary Care Respiratory Journal reported that this mixture is more effective than steroids in calming inflammation and ridding the respiratory system of infection. Add 2 teaspoons of honey in tea, coffee, or warm water, and lemon juice. You can spread it on a piece of toast or sesame cracker for a snack as well!

Add a half a teaspoon of black seed oil to a half teaspoon of honey and eat. Black seed oil with honey has been known to relieve coughs no matter the cause. Those that suffer from asthma, laryngitis, tonsillitis, and asthma have all reported relief from this mixture.

Now you’ve Heard it through the Grape Vine

Grape juice from red grapes is great to soothe a deep chest cough. Sweeten it with honey to improve its healing effect. Chest congestion caused by a respiratory infection or conditions such as COPD are often caused by mucus accumulation that has become thickened with microbes. Grape juice contains antioxidants to kill the microbes and also acts as an expectorant to make phlegm easier to clear.

Raisins are handy to carry around to act as cough drops, especially for kids.

Have a Shot of Brandy or Vodka

Yes, you can tell people I said it was for medicinal purposes! Alcohol’s effect is two-fold. It numbs your throat and adds some heat to your esophagus and chest preventing post-nasal drip. It also slows signals from the brain  when airways are irritated so you won’t feel the urgent need to cough.

Be sure that alcohol doesn’t react negatively to other medications that you may be on. To boost effectiveness, follow the shot up with a spoonful of honey and maybe a drop of lavender oil. Brandy, vodka, cognac, or whiskey all will work.

Herbal teas with honey can help quiet a nagging cough but which herbs are most effective? Any tea or warm liquid is likely to have a soothing effect but demulcent teas are ideal. Demulcents create a soothing coating over the mucus membrane that lines the throat. You will often see these teas labeled as “throat coat” in the tea aisle. It is said that relief can come within 30 minutes. Common demulcents are:

Other herbal teas that are beneficial;

Peppermint- The menthol in peppermint soothe sore throats and also acts as a decongestant. Drink it as a tea or inhale its vapors by adding oil to a steam bath.

Thyme- Its leaves contain flavonoids that relax throat muscles and decreases inflammation. You can crush two teaspoons of thyme leaves and add to 1 cup of boiling water, let steep and then strain.

Mullein Tea- These large, velvety leaves are a traditional European treatment for whopping cough and other lower respiratory diseases. It is both an anti-inflammatory and anti-microbial as well as a very effective expectorant. Saponins that are contained in the leaves clean out the lining of the respiratory tract, loosening phlegm and killing bacteria. Steep two teaspoons of the leaves in 1 ½ cup of boiling water. Strain and drink, or use it as a gargle.

Sage Tea- Sage is widely used the world over to treat respiratory conditions. In ancient Greece there are records from the first century B.C. that doctors prescribed sage tea for coughs and sore throats. Native Americans used sage medicinally to treat respiratory conditions, upset stomachs, toothaches, sore throats, and even spider bites. Sage has antibacterial, antiseptic, and astringent qualities. Add 2 tablespoons of fresh sage leaves to a cup of boiling water. Steep and strain. Drink with honey and lemon.

Time for a Tropical Respite

It’s true that some time spent in the tropics could improve your mind, body, and spirit but if that’s not an option right now, how about a bowl of fresh pineapple? Pineapple contains a magical substance that no other known fruit has. It’s called bromelain and is an enzyme that has only been found in the stem and fruit of pineapples. It is said to relieve sinusitis and allergy based airway irritants. It is also thought to have some anti-inflammatory properties as well. Eat it fresh or squeeze a glass of fresh juice.

Keep your Gut in Balance

Probiotics provide a whole host of health benefits. By keeping your intestinal flora healthy you are boosting your immune system so you are less likely to harbor bacteria that make you cough. It also will lessen your sensitivity to allergens. If your cough is caused by GERD it will also keep your stomach from being overly acidic.

Spice Things Up a Bit

is due to the sulfuric compounds alliin and allicin which it contains. Adding crushed garlic to foods helps to prevent infections as well as reduce inflammation in throat and nasal passages. It is rich in antioxidants which will give your immune system a boost as well.

Cayenne Pepper-It is very effective but not to be used if you have GERD or other stomach issues. Cayenne contains capsaicin which possesses both antiviral and anti-inflammatory abilities. It is known to reduce congestion and coughs, as well as lower fevers.

Onion Juice-The onion is related to garlic in many ways. It contains organosulfur compounds and flavonoid polyphenols giving it anti-microbial and anti-inflammatory properties. It lightens mucus and inhibits bacterial growth in the throat. Grate red union and squeeze the juice over food. You can also take it straight with a spoonful of honey.

Ginger-A superior antioxidant, Ginger has been used as a medicine since ancient times. Boil 5 cups of water and add small squares of ginger as well as honey and lemon. Used as an essential oil you can also inhale it with steam.

Tumeric- This is a spice that was brought to us from the far east. Chinese medicine and Indian Ayurveda practitioners have used turmeric as an anti-inflammatory for millennia. It’s anti-inflammatory and anti-microbial properties are derived from the yellow rhizome, Curcuma longa, which is a distant relative of ginger. Boil turmeric in water and add a teaspoon of butter to make the curcumin easier for the body to absorb and utilize.

Foods to Avoid if you Have a Cough

There are many foods that are likely to make your cough worse or at the very least, delay your healing.

A lingering or persistent cough can signal a serious condition. Some diseases, such as COPD, can be controlled if caught early so don’t put it off. See your doctor today if you have tried some of these remedies and your cough shows signs of continuing or worsening.