How the Human Respiratory System and Lungs Work 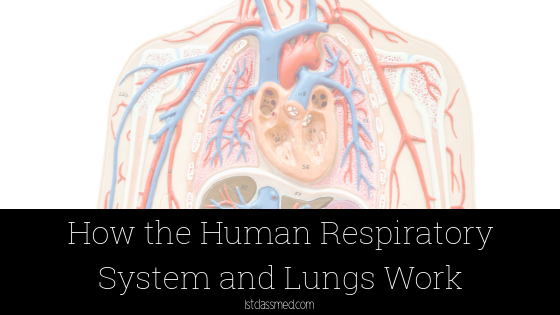 Our respiratory system plays a vital role on our survival, by providing our organs and heart with the oxygen in needs to function.

But breathing is an automatic reflex, so we don’t always notice ourselves breathing throughout the day.

Breathing is one of the most vital things our bodies do, as it brings in oxygen for our organs, and removes carbon dioxide from our bodies.

Carbon dioxide is a damaging chemical to the human body and if it is not removed it can cause organ failure.

Signals of the Body

As our body deems that we need to breathe again and bring it more oxygen, a signal from your brain tells your lungs to start expanding again.

The base of the brain is the control center for breathing, and it continuously sends signals to your spine, and all muscles used in breathing.

These signals allow the muscles used in breathing to inhale and exhale regularly, requiring nothing from you to breathe.

The control center in your brain often sends signals faster if your body is in need of air.

There are sensors in the brain and blood vessels that measure carbon dioxide levels and oxygen levels in the blood.

They can then send signals to the brain to breathe more or less depending on how much carbon dioxide and oxygen is in the blood.

There are also sensors in the lungs, alveoli, joints and muscles to help our brain monitor our respiratory system.

The sensors in the lungs notify the brain if there is anything in the airways that shouldn’t be, such as an irritant.

Sensors in the alveoli notifies the brain if there is fluid buildup in the lung tissues, this is believed to trigger shallow breathing.

The sensors in the joints and muscles can notify your brain if there is movement in your arms or legs so that your respiratory system can work harder, as you do.

The air starts at the nose and mouth, as you inhale the air it works its way down to the back of the throat, and into the trachea (windpipe).

The trachea then divides the air between both the left and right lungs, these passages are called bronchial tubes.

The left lung is slightly smaller than the right lung, as the left lung leaves room for your heart.

As the air passes through the bronchial tubes, it goes into the bronchioles (smaller air passages) and then into alveoli (small air sacs in the lungs).

Your body has at least 300 million alveoli, which are surrounded by capillaries (small blood vessels).

These capillaries connect to arteries and veins that help move blood throughout your body.

The main artery (the pulmonary artery) delivers the the blood throughout the body, starting with the heart.

While veins bring carbon dioxide rich blood back to the capillaries to remove from the body. This is where the oxygen that was breathed in goes through the alveoli walls and enters the blood.

After it enters the blood, it travels to the heart and then throughout the body to the organs and tissues.

As the organs receive fresh oxygen, they release carbon dioxide into the veins to be brought back to the lungs.

There is an exchange of oxygen and carbon dioxide between the blood and the alveoli, so your body can remove the harmful carbon dioxide.

If this wasn’t an automatic reflex, we would constantly be working and focusing on our breathing.

Part of why breathing is not a cognitive process is due to our diaphragm, which contracts downwards when breathing in, creating a “vacuum” that pulls in the fresh air.

While exhaling, the diaphragm flexes upwards, pushing on the lungs and causing them to deflate the remaining carbon dioxide in the lungs.

Your ribs also move slighting when breathing, which allows your lungs more room to expand and contract.

There are a few safety measures our body takes to protect itself from harmful substances and particles in the air we are breathing.

When breathing in, the first safety measure our bodies take are small hairs in our nose that can help filter larger particles from getting breathed into the lungs.

After the air passes through the nose it moves to the trachea, which is covered in cilia (microscopic hairs).

Cilia moves in a sweeping motion to make sure the air passages are clean.

If a harmful substance such as cigarette smoke is inhaled, it can damage the cilia and prevent it from working the correct way.

A final step in the way our bodies try and protect ourselves is mucus.

Though mucus is commonly associated with a cold, or being sick, it is helpful to our bodies and helps keep our airways moist.

This moisture can help prevent dust, bacteria, viruses and allergy causing substances from getting into the lungs and irritating the lungs.

For any substance or particle that may reach the lungs, it is often coated by mucus and then coughed up or swallowed.

If Your Lungs Aren’t Working Correctly

Smoking and other chemicals/pollutants can damage part of the respiratory system that are vital to healthy breathing.

Smoking can damage the cilia in the nose, which can let more particles into the airways and cause a harder time breathing.

Your body may be unable to expel the particle as smoke can damage the cilia and mucus membranes (that produce the mucus).

After an a time of having damaged lungs, an individual can struggle to breathe and become tired more easily.

Our lungs are a vital part of our bodies, helping provide oxygen to our organs so they continue to function properly.

There are many little factors in our respiratory system, such as sensors and cilia, that help our lungs function properly and detect any substances or particles that can hurt our lungs.

The lungs have some help with breathing from our diaphragm and our rib cage, as they both move in order to help us breathe.

Sadly damage to the lungs is easily done and damaged lungs can be a lifelong consequence of smoking.