GERD & Pulmonary Fibrosis: What You Need to Know

GERD and IPF occur most often, together, as about 90% of patients with IPF also have some level of GERD.

GERD, or gastroesophageal reflux disease, occurs when the acid in the stomach rises up into your esophagus, it is a long-term condition.

Idiopathic Pulmonary Fibrosis (IPF) is a chronic lung disease where the alveoli in the lungs become scarred and stiff, which can make it hard to breathe and get oxygen into the blood.

GERD and IPF are very common together, as GERD can affect the progression of IPF.

In one case, a 54 year old woman was suffering from GERD, and was later diagnosed with IPF.

Her IPF was brought on by the effects of GERD, causing coughing and shortness of breath.

As her IPF got worse, her GERD got worse, making it hard to breathe and requiring her to go on oxygen.

Doctors are still not sure what part of GERD caused the IPF in the first place.

Gastroesophageal reflux disease occurs when stomach acid flows back into the esophagus, this can irritate the lining of your esophagus.

Though it is common to experience acid reflux here and there, GERD is more serious acid reflux.

Though GERD can be severe, it can be managed with lifestyle changes and over the counter medications.

Antacids can help neutralize stomach acid, making it less painful if the acid goes up to the esophagus.

If there is no relief from over the counter medications, there are prescription medications and surgery that can ease any symptoms.

Common symptoms include chest pain, heartburn after eating, a hard time swallowing or the feeling of a lump in your throat.

Triggers of GERD can include smoking, consuming large meals and eating late at night, drinking beverages (like alcohol or coffee), eating fatty and fried foods, and some medications (like aspirin).

Surgery is also an option for more severe cases of GERD, there are 2 main surgery options, getting a fundoplication or a LINX device.

A fundoplication is when the top of your stomach is wrapped around the lower esophageal sphincter, with the goal to tighten the muscle and prevent reflux.

LINX devices are a ring of small magnetic beads, which get wrapped around the connection between the esophagus and stomach.

The magnets are strong enough to prevent acid reflux but are weak enough to allow food to flow through.

Speaking with your doctor can get a better idea of how severe your GERD is and what should be done to help your symptoms.

Idiopathic pulmonary fibrosis is a progressive chronic lung disease and can cause decline in lung function.

It occurs when fibrosis in the lung scars and the tissue between the alveoli starts to thicken, this can make it hard for oxygen to get to the bloodstream.

The scarring of tissue is called fibrosis, so pulmonary fibrosis means lung scarring.

If doctors cannot find the cause it is called idiopathic pulmonary fibrosis.

IPF has no known cause, but has a handful of risk factors.

Some of the main risk factors include smoking, viral infections, family history and GERD.

Another large component of IPF is occupational and environmental factors, such as coal dust, hard metal dusts, asbestos and silica dust.

Medical conditions can also cause lung damage, some conditions such as dermatomyositis, rheumatoid arthritis, sarcoidosis, scleroderma, and pneumonia.

Though none of those factors will guarantee a diagnosis of IPF.

Main symptoms of IPF are shortness of breath, fatigue, weight loss, dry cough, sore muscles and joints and clubbing of the finger tips and toes.

As the disease progresses, symptoms can change and be unique to each individual. 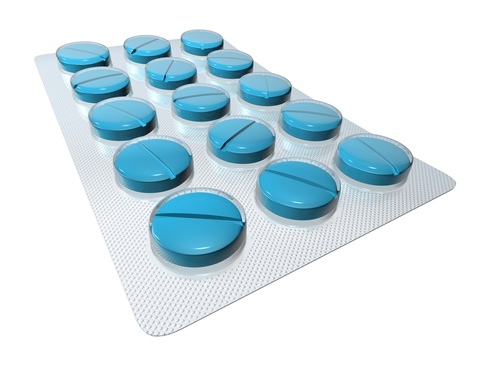 There are no over the counter medications for IPF, but there are chemotherapy drugs, antibiotics and anti-inflammatory drugs.

IPF patients may also be put on supplemental oxygen in order to prevent hypoxemia, which is a lack of oxygen in the blood.

Pulmonary rehabilitation can also help manage your symptoms, as well as educate you about nutrition, and your condition.

If all other options been exhausted, there is a possibility for a lung transplant, but you could be waiting for a while.

Knowing the connection between GERD and IPF can help you gauge when you should see your doctor and when you may just have a cough or cold.

Your doctor can best gauge where you are at in your diagnosis and the best route your your condition.