COPD Inflammation: What It Is & What You Can Do

COPD is characterized as lung inflammation that continues to get worse as the disease progresses.

Though inflammation can be beneficial at some points of our lives, like when you break your arm and it swells to protect itself and heal, other times it can more harmful to our health.

Chronic inflammation can become painful and last for a long period of time, from days to even years.

COPD is inflammation to the lungs and can be excessive and react to pollutants and gases inhaled (such as smoke).

Systemic inflammation is inflammation throughout the entire body, which can be very painful and can lead to other illnesses.

Nutritional abnormalities can include weight loss, and weight gain, but there have not been enough studies to figure out why people have these symptoms.

Muscle abnormalities can include muscle fatigue, muscle disuse, loss of muscle mass, muscle wasting and muscle atrophy, which can be why many patients struggle to do physical exercise.

How to Prevent Inflammation

It is possible to ease inflammation by making small changes to your lifestyle.

Try to avoid foods that can worsen inflammation such as red meats, eggs, foods with trans fats, fried foods and most processed foods.

Exercise is also important to help with inflammation, so try to average 30 to 45 minutes of aerobic exercise and roughly 10 to 25 minutes of weight/resistance training 4-5 days a week.

Even going for a short walk can help with inflammation, so do what you feel that you can do physically or consult a doctor for a exercise routine.

Being over-weight can cause more inflammation, so do your best to maintain a healthy weight.

Stress is another known factor of inflammation, so try something to relax you, such as meditation or yoga.

Medication is also an option for those who get no relief from lifestyle changes.

Speaking with your doctor can give you a better idea of what medications you should be taking, or if there are prescribed medications that they feel could benefit you.

Bronchodilators help to open the airways and make it easier to breathe, short-acting is used in emergency situations where quick relief is needed, and long-acting is used to treat COPD and other respiratory conditions over a period of time, they gradually help to bring relief.

Corticosteroids are used to help reduce inflammation in the body, which can help open up the airways and make breathing easier.

Methylxanthines are similar to caffeine and help open up and relax any constricted bronchi in the lungs, making breathing easier.

Roflumilast is also used to help with inflammation and to improve air flow in the lungs.

Many of these medications also have a risk of pneumonia, so it is important that you and your doctor speak of all the risks and benefits of your medications and to prepare a plan if you do come down with pneumonia.

From a study done back in 2010 at the University of California-San Diego, there was evidence that mice with early lung cancer lesions developed tumors more quickly due to inflammation from tobacco smoke. 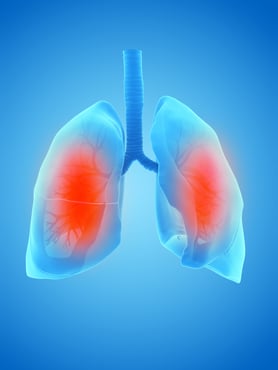 This was the first evidence that tobacco smoke is not only an initiator for tumors, but it also promotes the tumor, helping it grow in side.

It is also believed that inflammation from tobacco smoke causes the growth of the tumor.

Another similar study done in 2014 came to a similar conclusion, that those with prior cigarette smoke exposure predisposes COPD patients to reoccurring infections, which can lead to exacerbations and death.

They compared clean air with cigarette smoke in conjunction with NTHI (a form of the flu) and there was more inflammation in combination of the cigarette smoke and NTHI.

University of Alabama-Birmingham discovered that smoke shuts down the enzyme that sends white blood cells to attack the cause of inflammation.

That enzyme is called PGP and is a biomarker for lung diseases that have chronic inflammation, such as COPD and cystic fibrosis.

Though it is still being studied, this gives way to possible medications that can help stop the PGP enzyme.

Cigarette smoke contains over 8000 components, such as nitrogen oxides and toxins that can cause inflammation.

This inflammation can make those with COPD or other respiratory conditions have a harder time breathing as well as more pain in the lungs.

Lung impairment can result in very serious medical conditions such as lung disease prevalence, and death from cardiovascular disease.

Systemic inflammation can be caused by COPD, causing pain and inflammation throughout the entire body, not just the lungs. 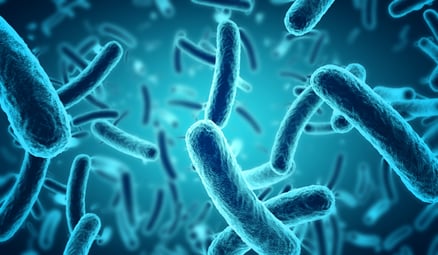 Though it has previously been believed that our lungs are “sterile”, recent studies have proved that we have a large group of bacterial flora.studies

Our flora is the group of healthy bacteria living throughout our bodies, and our lungs are no different.

For those with COPD, there is a different group of flora, with less diversity and more of the same few bacteria.

Some researchers believe that this limited flora in the lungs of COPD patients is what can cause the inflammatory response many COPD patients often get.

COPD inflammation is not only painful, but it can cause complications when trying to breathe.

There are also medications that can make breathing easier but can also raise the risk of pneumonia.

Currently more research is being done to better understand the lungs, as well as the recently discovered flora in the lungs that may play a role in the disease.