Close to 1.7% of the adult US population ages 18-54 experience a panic disorder every year. This brings the number to approximately 24 million Americans according to this report. Women are more prone to developing panic attacks which typically develop in young adulthood, with most people developing the disorder before the age of 24. The risk of developing panic disorders appears to be inherited.

Many people have had one attack but have never experienced another showing that not everyone that has experienced a panic attack will develop a panic disorder. It is important for those who develop a disorder to seek treatment because a panic disorder can become very disabling. According to the Anxiety and Depression Association of America, panic disorders can be treatable however only 36.9% of those suffering receive treatment.

Panic attacks fall under the category of mental health disorders and can feel very overwhelming. They consist of sudden episodes of extreme fear followed by a number of physical symptoms. While panic attacks can be triggered by fear, there are times when they may have no trigger at all as it may not be necessarily a fear-related disorder.

Symptoms of a panic attack include;

Chronic Obstructive Pulmonary Disease (COPD) is an umbrella term used to describe progressive lung diseases and these may include chronic, bronchitis emphysema and some forms of bronchiectasis. It is mainly characterized by shortage of breath and you can get tested for the disease through taking a spirometry test. Panic attacks can be very scary for patients with COPD since they already struggle to breathe and the feeling of your heart racing plus the intensifying of your breathing can make it even scarier. Panic attacks can be very harmful to many COPD treatments since the hyperventilating causes rapid shallow breathing, reducing the ability to process oxygen by the lungs and worsening of the COPD symptoms.

What is a Panic Attack?

Those who experience a panic attack for the first time usually describe it as, ‘feeling as though they are dying’. One of the common characteristics is being very sensitive to your own physical responses. Some nervousness or anxiety (that is common for people who have panic disorders as they worry that they may get one) can cause one going through a panic attack to overreact triggering yet another panic attack.

Panic attacks can be tough for those that have no other mental or physical health problems which can lead to agoraphobia and occasionally being hospitalized even when there is nothing physically wrong with the patient. It can however be worse for those with COPD since it has no physical cause and can be misinterpreted as a serious health complication. Worst is that, for safety purposes, it can be dangerous for a doctor to make an assumption that a patient diagnosed with COPD is having a panic attack and this may lead to giving the patient loads of unnecessary COPD treatment and medication that they do not need. As a result, this could possibly exacerbate your health problems or lead to the unnecessary piling of medical bills at the very least.

Listen to Your Body 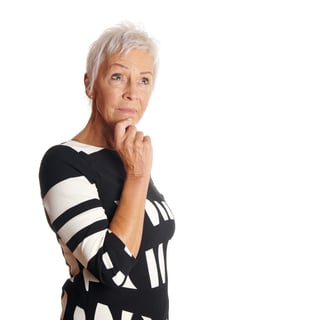 find out as much as you can about panic attacks. Ensure that the people around you also know that you suffer from a panic disorder and pay close attention to the symptoms you experience when you are about to get a panic attack. This will help in not only managing, but also preparing those around you in case you get an attack near them.

Individuals with both a panic disorder and COPD usually demonstrate more symptoms, have a lower quality of life, require more treatment and end up hospitalized more often. Panic attacks can be laborious to cure and this is mainly as a result of a total lack of understanding both in and out of the medical field of what a panic attack is and what the experience one goes through feels like.

Many health-care providers do not give patients the mental health treatment that they need for the disorder and instead treat it as a medical disorder instead of a mental disorder. Furthermore, patients suffering from a panic disorder struggle to believe that the problem they have could be caused by something mental, most especially those diagnosed with COPD. You will however be less affected by the disorder the more you and the people around you have an understanding about the panic disorder.

Similarly, it is important to understand the differences between what triggers your COPD and what triggers your panic disorders. Your ability to do this will help limit the unnecessary visits to the hospital as well as the panic attack symptoms.

What Should You Do When You Have a Panic Attack?
It is essential that you have a plan of attack when a panic attack strikes. Planning ahead of your next attack can lower the impact it will have on you, significantly. Trying to fight the attack off will not make you less anxious, it will in fact keep driving the feelings that you have. The sooner you are able to recover from a panic attack the better it is for you as a COPD patient, since you will be able to breathe better with ease. Here are some ways that you can manage your panic attacks when you have COPD.

Very many people fear leaving their homes since they worry that they will get a panic attack. This fear is is a common side effect for those with panic disorders. Many people expect to experience a panic attack when they leave their house and of course these attacks become a self-fulfilling prophecy causing the re-enforcement of their fears. You should however expect to have a panic attack, wait for it, have a management plan and move on once you have it under control. You can only learn to live with a panic disorder by acknowledging that panic attacks will happen and you should also consider getting proper treatment so that you can do away with it and regain control over your life.