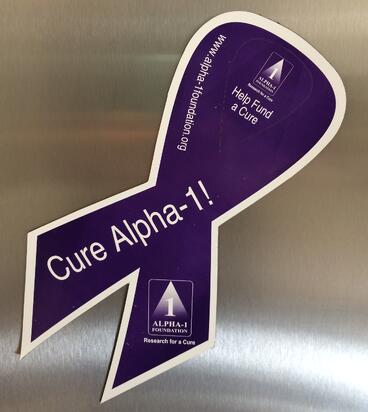 Alpha-1 antitrypsin (pronounced an-tee-TRIP-sin) deficiency, or AATD, is a condition that raises your risk for lung disease, particularly if you smoke and have other diseases. This deficiency is a genetic form of COPD that causes the antitrypsin enzyme to work poorly. This illnesses can cause lung and liver disease in children and adults alike.

Some patients who suffer from AATD also develop emphysema, a form of COPD. This often occurs when you are in your forties or fifties. Emphysema is a serious lung disease that damages your airways, making it difficult for you to breathe.

As an Alpha 1 antitripsin deficiency patient, you might also develop cirrhosis of the liver as well as other serious liver diseases. Your liver becomes scarred and prevents the organ from working as it should. These will also occur frequently in infancy and early childhood.

A small number of patients also suffer from a rare skin disease known as necrotizing panniculitis. This condition causes painful lumps under or on the surface of the skin.

According to the Mount Sinai Hospital, the Alpha 1 antitrypsin deficiency is an inherited disorder. This means that the disease is passed on from parents to children. If one parent has it, then there is the risk of a child having some issues. If both parents share the genes, the child can experience greater risks.

AATD is one of the three most common lethal genetic diseases among white adults. It affects one in 3,000-5,000 individuals. When severe, it affects about 70,000 to 100,000 people with approximately 25 million people carrying at least one deficient gene.

The condition results when your liver fails to make enough AAT. AAT helps protect your lungs and other organs from damage. When your functional AAT levels are too low, you may suffer from liver damage such as cirrhosis. This deficiency is one of the largest causes of genetic liver disease in children.

The initial symptoms of Alpha 1 antitrypsin deficiency include:

If patients present with wheezing, they're often told that they have asthma. Those with recurrent coughs are often treated with courses of antibiotics and evaluated for postnasal drip, gastroesophageal reflux, or sinusitis.

Dyspnea -- shortness of breath -- is the symptom that eventually enables the diagnosis of AATD. If you're a smoker, this can greatly accelerates the disease by some 10 years. When dyspnea occurs, you can be well into the course of the disease.

Your doctor will ask you about your symptoms and medical history as well as perform a medical exam. Tests can include:

Your doctor can recommend a number of treatments for AATD. They include:

If you have the Alpha 1 antitrypsin deficiency, there are steps you can take to help manage the disease. These include:

Maintaining a healthy diet and getting regular exercise are also good ways to manage your illness. You should also learn how to reduce your stress through things like relaxation techniques and exercises as well as seek emotional support and counseling.