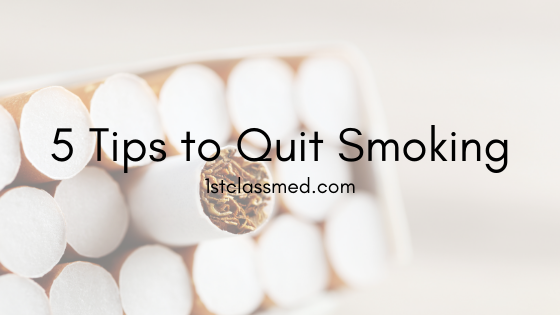 You know you need to quit smoking: it's a nasty habit and is widely regarded as such by the general public. It makes your clothes smell, and no one wants to kiss an ashtray. If you have kids or grandchildren, it's worth it to them to kick the habit, but ultimately you need to do it for yourself. Cigarette smoking is an addiction, so you need a strong support system, along with some tools that can make quitting easier than ever before. Your decision may have been an epiphany: perhaps a diagnosis of emphysema or you look down and see yellow fingernails. Whatever the "ah-hah" reason is, you can't just decide not to smoke without enlisting some smoking cessation aids. WebMD states 95% of people who smoke without therapy, medication, or a smoking cessation aid relapse. There are a few reasons why quitting can be hard, but following these tips can make it easier.

The bottom line is that with the right motivation and tools, you can and will stop smoking. Smoking is an acquired habit and one of the hardest to break so don't get discouraged if your first attempt or even the tenth is unsuccessful. At some point, you may wonder why you started in the first place with the extra time and energy you'll have!