What is the Link Between Genetics and COPD 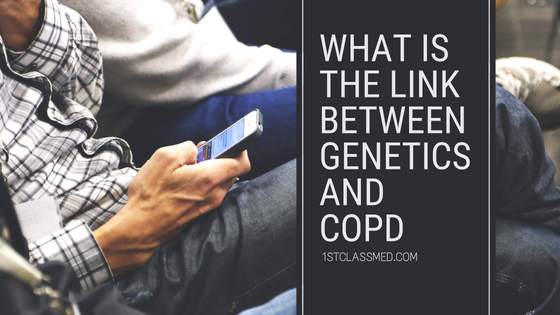 Looking into the genetic correlation between genetics and COPD can be beneficial to those with family who may have COPD.

Though there may not be a direct link for you and your family, it is possible for COPD to be a genetic disease.

Learning more about genetic and non-genetic COPD can help you and your family better understand your risk.

AAT deficiency or alpha 1 antitrypsin deficiency is a rare genetic condition that is a risk factor for COPD.

It is possible for those with AAT deficiency to be at a high risk for COPD when they smoke, though they are still at risk even if they have never smoked before.

Genetics are the study of heredity, and heredity is the biological process of a parent passing on genes to their children.

In the cells nucleus are the chromosomes, which are made up of strands of DNA.

Segments of DNA are called “genes”, these genes are made of protein and these proteins build bones, help muscles move, and help your heart beat.

Genes can refer to hair color, and eye color, but also the possibility for disorders such as bipolar disorder or lactose intolerance.

Each piece of the chromosome has a part of who you become, for example, two of the 46 chromosomes determines the gender of the child.

The presence of the Y chromosome make the child a female.

These informational errors can increase the risk of a disability, disorder or a shorter life span.

Too many chromosomes can cause trisomy 21 (Down syndrome), trisomy 18 (Edwards syndrome) and trisomy 13 (Patau syndrome).

AATD is caused from a mutation to a gene and can be inherited in a codominant manner, which means a pair of genes is fully expressed.

AATD can occur only when both parents pass down a mutated gene, if only one gene is passed down the child will not have AATD.

Alpha 1 antitrypsin deficiency is an inherited disorder, where the A1AT protein is not produced enough.

This protein is made in the liver and helps protect the lungs and liver, so when less is produced it can cause damage to the lungs and other organs.

AAT deficiency can damage the lining and alveoli of the lungs, which can later cause emphysema.

This can in turn, cause difficulty for the lungs to exchange oxygen and CO2, as well as expelling mucus from the lungs.

AATD can also affect the liver, which can increase the risk of cirrhosis and liver cancer.

Cirrhosis is the scarring (fibrosis) of the liver and is a result of damage from a multitude of things.

In this case, it is caused from the lack of A1AT in the liver to protect it.

Those with AAT deficiency are at a higher risk of developing COPD, as their lungs are weakened without the A1AT coating and protecting their lungs.

Smoking, both firsthand and secondhand can lead to a higher risk of all lung diseases, not just COPD. 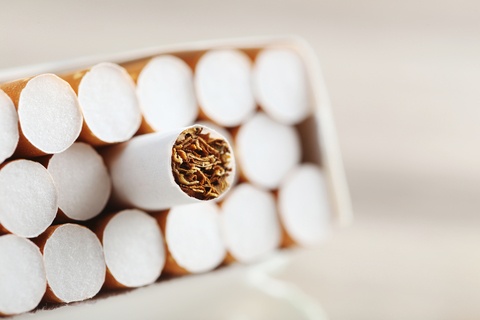 For those with AATD, lung disease does not normally occur until the age of 30 to 40 years, but smokers with AATD are more likely to develop lung disease 10 years earlier than those who do not smoke.

Some treatments for AATD patients include medications, pulmonary rehabilitation, supplemental oxygen and possibly a lung transplant.

Augmentation therapy is specifically for AATD patients, and the goal is to re-infuse your body with the AAT protein in order to protect your lungs and liver.

Many common symptoms of AATD are:

Chronic obstructive pulmonary disease (COPD) is a chronic, progressive lung disease that makes it more difficult for oxygen and CO2 to exchange in the lungs.

The progression of COPD is marked by stages, stage I being the least severe and stage IV being the “end stage” of COPD.

COPD is known to cause coughing, sputum production and a difficult time breathing.

Smoking is the main cause of COPD, though you do not have to smoke in order to get the disease.

Besides smoking, air pollution, secondhand smoke and genetics all play a role in the risk of getting COPD.

COPD is an umbrella term for emphysema and chronic bronchitis, emphysema is when the walls and elastic fibers of the alveoli are destroyed, making it hard to breathe.

Chronic bronchitis is a condition when the bronchial tubes are inflamed and narrowed, and the lungs produce more mucus, clogging the narrowed tubes.

These are only two of the conditions COPD covers, and with each condition, comes different risk factors, symptoms and treatment.

Those with COPD are more likely to catch colds, the flu and pneumonia, as their lungs have a harder time defending themselves from germs.

Getting regular vaccines and the flu vaccine can help keep the risk of illness low for those with COPD.

It is also important to keep your surroundings clean in order to prevent germs from hanging around and getting you sick.

Though it is still possible to get COPD without smoking, quitting smoking is the best way to prevent this preventable disease. 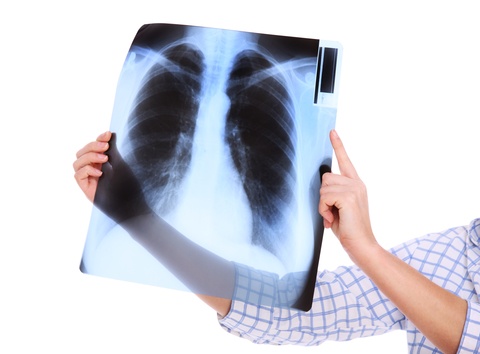 Surgery can include a LVRS (lung volume reduction surgery), a lung transplant and a bullectomy.

Like stated above, AATD and COPD can be linked together.

AATD has a high risk of lung diseases such as emphysema, and many people with COPD have emphysema.

AATD can lead to lung diseases if smoking is a factor for those with the deficiency.

Smoking is also a huge factor for those with COPD, as the smoke can irritate the lungs and worsen a condition.

Those with Alpha-1 and COPD have very similar symptoms, and the treatment plan does have a few common denominators.

AATD is treated with augmentation therapy, that replenishes the body with the alpha-1 antitrypsin protein that it is lacking.

COPD is treated with inhaled medication, and supplemental oxygen, occasionally respiratory therapy can be involved.

Alpha-1 is considered COPD, as COPD is a broad term for many respiratory diseases.

Both Alpha-1 and COPD may require lifestyle changes, in relation to diet, exercise and to quit smoking.

Though COPD itself is not connected to genetics, AATD is caused by genetics and can later lead to COPD.

COPD is mainly linked to smoking, both first and secondhand, but smoking is not genetically caused.

Genetics do play a role in AATD, and cause the body to lack production of the AAT protein which can leave the lungs and liver at a higher risk of damage.

AATD patients are at a higher risk for developing COPD, as their lungs are exposed, and smoking as well as environmental irritants can damage the lungs, resulting in a more serious lung disease.

It is important for those with AATD to quit smoking, as it can lead to more long-term effects and lung damage.

Making sure to see your doctor regularly and make sure you are doing all you can to prevent your diagnosis from progressing.