What Valley Fever is and How to Protect Yourself 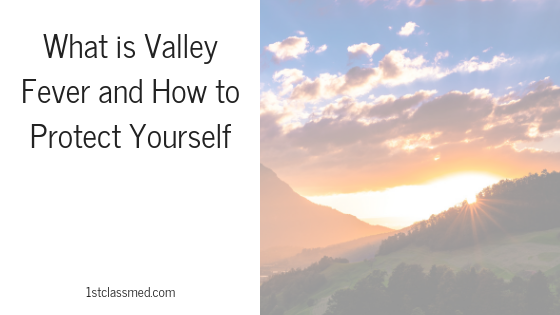 Valley fever, or acute coccidioidomycosis, is a fungal infection that can cause fever, chest pain, coughing and shortness of breath.

It is caused by an organism called coccidioides, which is found in soil and becomes airborne when it is disturbed.

The fungi are found in the southwest (California, Nevada, Arizona, Utah, New Mexico and Texas) of the United States and becomes airborne from farming, construction and wind.

As the fungi becomes airborne, it can get breathed into the lungs and cause a fungal infection.

Acute coccidioidomycosis often will resolve on its own, but symptoms can get severe enough to deem a trip to the doctors office.

Doctors often prescribe antifungal medication if the infection does not resolve on its own in a timely matter.

Common symptoms of valley fever include:

Valley fever symptoms can reflect those of other illnesses that can affect the chest and lungs.

This can cause a delay in diagnosis, as doctors may look at other illnesses before valley fever.

Many people will be able to fight off the infection without any medication, but it can take anywhere from a couple weeks to a few months.

If symptoms are severe and/or do not resolve on their own, antifungal medication can help destroy the fungus.

If treatment is not helping enough, getting admitted to the hospital may be the next step to treat valley fever.

Who is at Risk

Valley fever is common among those who are 60 and older or have a weak immune system that cannot fight of the fungus itself.

Those who many have weak immune systems include those who:


As valley fever is common in the southwest, it is important to be aware when living or visiting in the area.

It is often found in California, Nevada, Arizona, Utah, New Mexico and Texas as well as parts of Mexico, Central America and South American.

It has also been found as far north as Washington state, but it is possible that it lives in other western states too.

It is only possible to get valley fever from breathing in the fungus, and cannot be spread from person to person.

There is no way to avoid exposure to the infection because it is in the environment and there is currently no vaccine to avoid infection.

If you live or have visited an area where valley fever is common, and you begin to feel symptoms, it is important to see your doctor and share that you may have valley fever.

It is important to share that you may have valley fever, as valley fever can project symptoms similar to a respiratory illness, so your doctor may need to test you for valley fever.

In most states, medical professionals and labs are required to report valley fever to public health authorities.

The CDC has also developed new tools that can detect valley fever in the surrounding environment.

They are also continuously studying valley fever to better diagnose and treat it, which can help with a faster diagnosis and better treatment plans.

As valley fever reflects many other respiratory illness’ it can be hard to diagnose by just symptoms, so many other evaluations and tests may need to be done.

X-rays do not always prove helpful in the diagnosis of valley fever, so further testing would need to be done.

A doctor would be able to diagnose valley fever by testing your tissue, blood or any bodily secretion.

All three would be able to show that there are the fungi in your body, either in the tissue, or bodily secretions or the antibodies in the blood.

A common test is a sputum smear/culture, which would check a sample of sputum discharge for the fungi organism.

Blood tests can also be done to check for any antibodies that fight against the fungus that can cause valley fever.

Since valley fever can often go away on its own in healthy adults, rest is key in treating it.

As for colds and the flu, rest and fluids are two major treatments for those with have a strong enough immune system.

For those who may not be able to fight valley fever on their own, medications may be prescribed by your doctor.

Antifungal medications can help fight valley fever if it is too hard for your body to do so.

There are a handful of antifungal medications that your doctor may prescribe for more serious cases of valley fever.

Antifungal medications do have side effects, such as nausea, vomiting abdominal pain and/or diarrhea.

Though these side effects may occur your doctor will instruct you to continue the medication or to stop.

It is possible that the antifungal medications do not fully destroy the fungus, so a relapse may occur.

A second round of medication may be needed to fully destroy the fungus.

Living in an area where valley fever is common means you need to take additional steps to prevent yourself from getting sick.

As summer is the most common time for infection, it is important to take more precautions during this time.

Try to wear a mask when outside, stay indoors during dust storms or nearby farming, and wet the soil before any gardening or digging.

When you are indoors, if you live in an area where valley fever is common, make sure all doors and windows have good seals and close tightly to prevent any airborne fungus from entering the home. 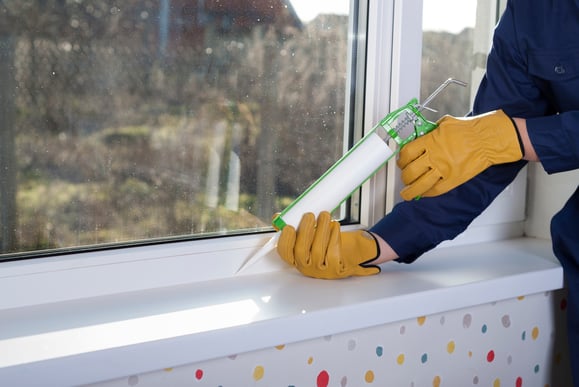 Valley fever sounds very serious, and it can be, but more often than not people are able to fight off the infection on their own.

If someone with a weakened immune system inhales the airborne particles, a doctor may need to prescribe medication to destroy the fungus.

Commonly found in the southwest United States and Mexico, traveling to these areas can lead to exposure, so notify your doctor if you have traveled to these areas and have symptoms of valley fever.

Though you may not live in an area where the coccidioides organism lives, if you travel to an area that does, it is important to be aware of the risk of infection.

Talk with your doctor about traveling to an area where the risk for infection is high and see what they recommended you do.