Mucus Color & What it Means for Your Health 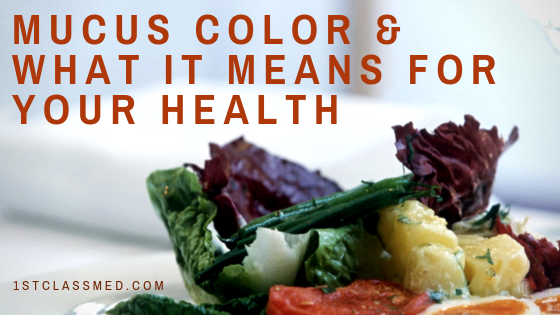 As we get into cold and flu season, mucus is bound to be more common among everyone.

Getting the sniffles, or even a slight cough can mean the start of a cold for you, but what does our mucus color mean?

Commonly told that yellow or green mucus meant you were infected and needed antibiotics, it is not always the case.

Mucus (or sputum as we commonly call it) is a sticky material that lines your lungs, throat, mouth, nose, sinuses and GI tract.

Membranes that produce the mucus are in our nose and sinuses, whereas phlegm is actually different and is produced in the lungs and respiratory system.

Our bodies are constantly producing mucus, though we don’t notice until we start getting sick.

Mucus protects tissue that lines the lungs, throat, nasal passages and sinus passages, it prevents it from drying out.

Dust and pollen in the air is constantly being breathed into our bodies, but mucus protects our tissue from getting attacked by these allergens and getting us sick.

Mucus also contains antibodies to kill and neutralize the allergens before they can make us sick.

Mucus changes when you get sick, it gets thicker and makes it harder to go down the back of your throat and is produced faster from the allergens that got you sick.

Histamines which are found in allergens, are irritants to the tissue in the nasal and sinus passages, that irritant causes swelling and occasionally more, thinner mucus to be produced.

This is where you will have a runny nose, and stuffiness in your nose.

It is possible for mucus to also get thicker as you get sick, which can lead to congestion and coughing.

Thick mucus can make it seem like too much mucus is being produced, but it means your mucus membranes are too dry.

The color of our mucus changes when we get sick or suffer from allergies.

Our mucus is normally clear when we are in good health but if you get sick, the color may change from clear to yellow or green.

When we are sick our bodies produce more white blood cells to fight off infections, these blood cells can change the color of your mucus to a yellow or green color.

If you notice any red or brown color to your mucus it is commonly from blood, which can occur if the tissue gets too irritated or too dry.

Blood can also appear if you are rubbing, wiping or blowing your nose too often, as this too can cause irritation.

If there is a lot of blood in your mucus it can be a sign of infection, like bronchitis, it is important to contact your doctor and make an appointment.

But Does That Mean I’m Sick?

Many doctors do not agree that green and yellow mucus means anything for your health, and because there is no certainty, it is best to visit your doctor if you are not feeling well.

If you have symptoms of being sick, then you should visit your doctor, there is no need to go if you feel fine but your mucus is green when you blow your nose.

Common symptoms that should lead to a doctor’s visit are a high fever, cough, or congestion, and if over-the-counter medications do not help your symptoms after a week.

If you are unsure if your symptoms require a doctor’s appointment, give your doctor a call and ask the front desk their thoughts, they see tons of patients every day and can determine what your symptoms need.

As we have previously discussed in another post, over-the-counter medications do not always help after we have gotten sick.

Studies have shown that other methods can help relieve symptoms but will not help kill off the bad bacteria in our bodies.

We have antibodies that will fight off the bacteria on their own without any medication.

There are a few other ways to ease symptoms of a cold without running to the store to get medications.

Honey and cough drops are great for a sore throat, and salt water can help clear out your throat from mucus buildup. 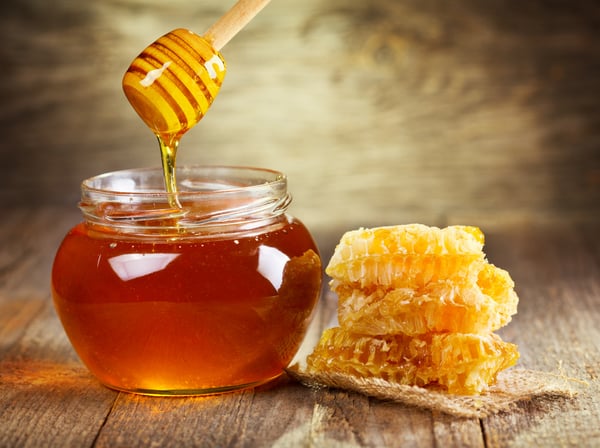 Mucus color can have some indication on if you are sick or not, but if there are not symptoms to accompanying the mucus, then there is no need to see a doctor.

Clear mucus is good, but it doesn’t always mean your free of any illnesses, same with yellow or green mucus, it doesn’t mean you are sick.

If you don’t feel any relief from medication after 10 days, then you should see our doctor to discuss what could be wrong.