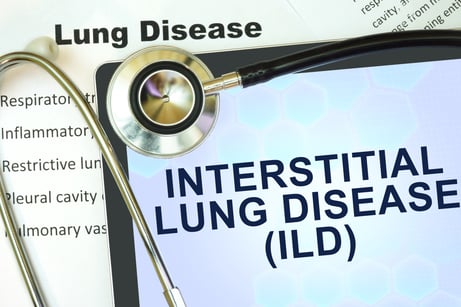 Interstitial lung disease encompasses a group of disorders, with most causing progressive scarring of the lung tissue.  The scarring of the lungs affects your ability to get enough oxygen in your bloodstream and your ability to breathe as a whole.  Once lung scarring occurs, it’s generally irreversible.  Medications and other treatments may help to slow the progression, but you most likely will never get the full use of your lungs back.  Interstitial lung disease can be caused by short or long-term exposure to hazardous materials, such as mold, dust, harmful chemicals, and asbestos.

We are going to cover three interstitial lung diseases, popcorn lung, farmers lung, and black lung.  Each disease is hard to diagnose and has similar symptoms to tobacco induced COPD.  First, we will cover what each disease is and how it develops.  We will then go over symptoms, diagnosis, and treatment of each.

Popcorn Lung:  What is it and how does it develop?

In 2004, the CDC (Center for Disease Control) documented several workers at a

microwave popcorn plant who were suffering from severe coughing spells and shortness of breath.  After they were examined, it was found they had a serious and non-curable condition called bronchiolitis obliterans.  People with this condition suffer from scarring of the tiny air sacs in their lungs (otherwise known as alveoli).  After investigating why these workers all suffered from this disease, it was found the flavoring agent, diacetyl, used to give the popcorn it’s buttery taste was responsible.  Years of inhaling diacetyl had created a new chronic obstructive pulmonary disease (COPD) that was named Popcorn Lung.

More recently, another popular product has come under scrutiny for containing diacetyl.  E-cigarettes have been shown to contain diacetyl and other harmful chemicals that could cause popcorn lung in it’s users.  In a recent study, 51 flavored e-cigarettes were tested.  Of the 51, 47 were found to have the harmful chemicals associated with popcorn lung, while 39 out of the 51 were found to contain diacetyl.  This suggests smokers of e-cigarettes could face the same COPD symptoms later in life as traditional smokers do.

Primarily the symptoms of popcorn lung are heavy cough and shortness of breath.  If you, or someone you know, could have been exposed to diacetyl over a long period of time, look for these other signs:

As you can see, these symptoms do not differ from tobacco related COPD.  To accurately make a diagnosis of popcorn lung, severe exposure to diacetyl or other harmful chemicals must be present.

After the doctor goes through your history, they will need to order chest X-rays, a CT scan, and pulmonary function testing. Based on these preliminary results, it could be possible for your physician to diagnose you with popcorn lung.  For definitive results, a bronchoscopy (scope of your lungs via your mouth) or an open lung surgical procedure will most likely be completed to obtain a biopsy for testing.  The biopsy will show if your tiny air sacs are scarred and if you are suffering from popcorn lung.

First and foremost, it would be best to completely remove yourself from the area that is exposing you to diacetyl and other harmful chemicals.  However, that isn’t always possible.  If you can’t change or move to a new area, a respirator must always be worn.

You and your doctor will come up with a plan to manage the popcorn lung symptoms.  Many of the strategies used will be similar to tobacco induced COPD treatments such as changing eating habits, resting, and drinking plenty of water, along with medications and breathing exercises.  However, popcorn lung symptoms are more serious and harder to manage than your standard COPD symptoms.  Popcorn lung can progress to the point where a lung transplant could be needed.

Farmers Lung:  What is it and how does it develop?

Farmer’s Lung is an allergic disease usually caused by breathing in the dust from moldy hay, straw, silage, or grain over period of time.  If you think of a farm or agricultural job, this dust is everywhere, and you would be exposed to it most of your day.

Farmer’s Lung is contacted by breathing in dust containing spores of fungi of bacteria.  In areas where crops are harvested in wet climates, the crops usually experience a self-heating while in storage.  This causes bacteria that is tolerant to heat to grow and expand at a rapid rate.  The expansion leads to spoilage of the crop.  As this spoiled crop dries, it becomes very brittle and dusty.  This dust gets into the air easily and contains the bacteria and mold spores that cause farmers lung.  People breathe this dust and over time the lungs start to get irritated and it puts their lungs at great risk for disease. With repeated exposure, Farmer’s Lung develops. This irritation to the lung causes coughing or shortness of breath.  Farmers’ lung can also cause swelling, inflammation, and damaged lung tissue.

If you contract farmer’s lung, your experience could be different from another person 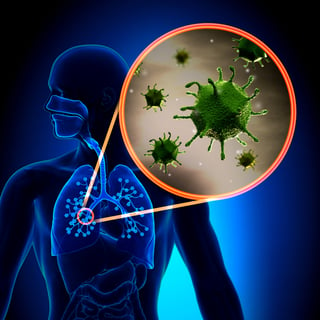 with the disease.  The reactions are broken down into acute, sub-acute, and chronic.

Acute farmer’s lung generally happens 4-8 hours after breathing in the dust.  Signs you should look for are:

Acute farmer’s lung can last as little as 12 hours or as long as 12 weeks.  Think of it as a quick hitting attack that can be stopped by not exposing yourself to the dust.

Sub-Acute farmer’s lung is the most common and the toughest to diagnose.  Unlike acute, you won’t notice or experience an attack right away.  The disease develops slowly over continual exposure to the dust.  Signs you may have Sub-Acute farmers lung include:

Sub-Acute farmer’s lung is commonly miss diagnosed as a chest cold.  It will last as long as you continue to expose yourself to the dust.  As it comes on slowly, most people don’t realize the severity of lung damage until it’s too late and becomes chronic.

Chronic farmer’s lung develops after several acute attacks over several years.  If you have been continually exposed to large amounts of dust for years, you are at a high risk for chronic farmer’s lung.  The symptoms are basically the same as tobacco caused COPD and the lung damage is permanent.

The only telling factor to diagnose farmer’s lung is if you have a history of being exposed to moldy hay or crops and/or your symptoms start 4-8 hours after exposure.  Some tests your doctor will administer could be:

If sub-acute or chronic farmer’s lung is suspected, it may be necessary for your doctor to perform a lung biopsy.

The best treatment for Farmer’s Lung is to evaluate your environment and see what you can do to avoid the harmful dust.  Wet down areas before sweeping to prevent the spores from becoming airborne, ensure proper ventilation where large amounts of dusty material are stored, or educate yourself about respirators and if they are right for you.  If you have severe sub-acute or chronic farmers lung, a career change may have to be considered to improve your quality of life.

As always, be sure to discuss any method of treatment with your doctor.

Black Lung:  What is it and how does it develop? 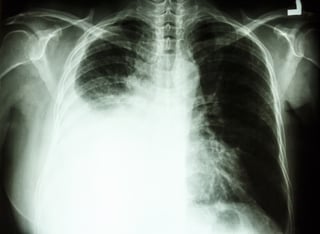 term inhalation of coal dust.  The tiny dust particles make their way into your lungs and build up causing inflammation, tissue scarring, and poor oxygen flow throughout your body.  Black lung disease makes it difficult to take in oxygen and release carbon dioxide, thus making the blood circulating through your body very low in oxygen content. Black lung disease was nearly eliminated in the 70’s due to stricter safety regulation in the mining industry.  It has started to increase again, possibly suggesting that the safety regulations are not as tough as they used to be.

Black lung disease produces nearly the same symptoms as COPD, most notably, a persistent cough and shortness of breath.   If you have black lung disease, it could feel like you have a chest cold all the time.

It is hard for doctors to diagnosis black lung disease on its own.  A comprehensive history of the patient is needed to find out if long-term exposure to coal dust exists.  Biopsies via bronchoscopy or surgical incision are usually required to make a definitive diagnosis. A biopsy can show if tissue damage has occurred because black lung g is known to cause a normally pink lung to be blackened over time (as the name of the disease would suggest).

Black lung currently cannot be cured, so medications and behavior strategies are used to manage symptoms and slow down the progression of the disease.  Immediate removal from coal dust areas is a must.  Studies have shown respirators still do not provide enough protection from coal dust if you have been diagnosed with black lung disease.  Other treatments include oxygen therapy, inhalers, and other medications.  Stem cell therapy is also used to reduce inflammation and help heal the affected lung tissue.  Stem cell therapy is encouraging as patients are reporting an improvement in quality of life and reduced dependence on medications and supplemental oxygen.

https://www.medicinenet.com/popcorn_lung_symptoms_and_causes/views.html, What is, and what causes popcorn lung