How to Know if You're Addicted to Nicotine

Nicotine addiction is a factor in COPD, lung cancer, and other respiratory conditions, because its linked to smoking.

Nicotine is an addictive substance found in tobacco products, which is often smoked.

Smoking is the leading cause of preventable death in the United States, meaning you can stop it from happening.

With smoking and nicotine becoming so popular and addictive many other countries are making the laws stricter and raising taxes on tobacco products in attempt to deter those from starting to smoke or continuing to smoke.

New laws in these countries include banning smoking in public shops as well as any other public place, including parks and other outdoor areas.

In July of last year, 26 states put a ban on smoking in all enclosed workplaces, such as bars and restaurants.

12 other states have made their own statewide bans on smoking with exceptions for certain workplaces.

Smoking brings the feeling of calmness as nicotine reaches the brain, dopamine is released.

When the dopamine goes away, the symptoms return (irritability, depression, anxiety) and cause the urge or need to smoke again.

Symptoms of a nicotine dependence can depend on the person, as it is different for everyone.

Severe lung or heart conditions can begin to develop if the addiction continues. 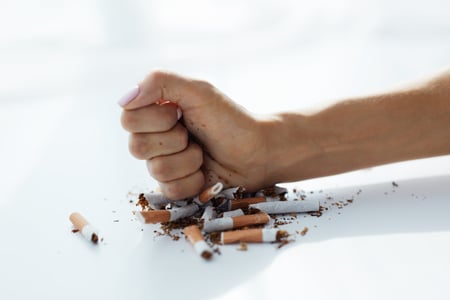 For those with a nicotine addiction, quitting may seem impossible and un-achievable, but it is possible with a very large commitment.

There are three main steps to take before you actually quit, the first is to think about your feelings about smoking, the second is to create a list of your personal reasons to quit, and lastly it is to set a date to quit.

Some may switch to vapes and e-cigarettes in attempt to lower the risk of cancer, but it is not an effective way to quit nicotine unless it is part of a program.

There are more benefits than negatives in quitting, so it is important to quit if you want to.

Other steps to quit include finding your triggers and avoiding them or have another outlet if the trigger arises.

Rely on those around you, such as family, friends or coworkers, as they can keep you accountable and help encourage you to quit.

Contact your doctor as well, as there may be groups for you to join or prescriptions that can help you quit.

Keep your focus on the positives of quitting, this will keep your mind that you are being freed versus giving up something you like.

Avoid smoking as much as possible and try to work with those who smoke in your home or at work to come up with something that will allow you to limit exposure.

Often use the list you made at the beginning of why you want to quit, re-look at it and add to it as you find more reasons to quit.

A good reward for yourself after a major milestone is to save up the money you would have spent on cigarettes and put it towards something you want.

If you consider yourself a stress-smoker, try to find other outlets for your stress, such as exercising or cooking.

When you feel yourself craving a cigarette, take deep breaths and visualize all the clean air that is filling your lungs, as these cravings will subside.

The Importance of Quitting:

If you quit before you are 50 you can reduce the risk of dying over the next 15 years by 50 percent.

Quitting can lower your heart rate and carbon monoxide levels in the blood, as well as improve lung function and circulation of blood.

When you quit you also reduce the risk of a stroke within the next 5 to 15 years.

Keep these statistics in mind when you think about smoking again:

20 minutes, your heart rate and blood pressure will drop

12 hours, carbon monoxide in your blood will return to normal

1 year, risk of coronary heart disease is cut in half

2-5 years, risk of mouth, throat, esophagus, and bladder cancer is cut in half, and stroke risk is reduced to that of a non-smoker

10 years, half as likely to die from lung cancer, and risk of kidney and pancreatic cancer decreases

15 years, risk of heart disease is the same as a non-smoker

Though you may think only a few cigarettes won’t hurt you, even one cigarette will release toxins into your blood which will then be carried to every organ throughout your body.

Not only does smoking take a toll on your body, it takes a toll on your wallet as well, even if one pack is $5/a day it can add up to over $1,800 every year.

You also lose convenience as more and more cities are banning smoking in public places, such as bars, and restaurants, making you go out of your way to smoke.

According to the CDC nearly 7 out of 10 adult cigarette smokers reported that they wanted to quit completely.

What Can Help You Quit: 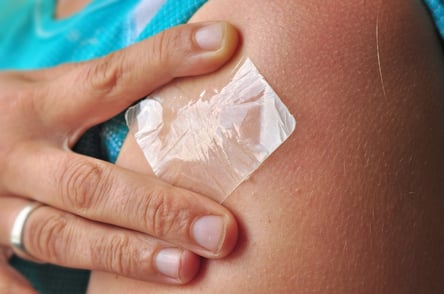 Nicotine replacement therapy (NRT) is often recommended when trying to quit, as it provides you with a constant supply of nicotine but at a lower dosage.

Types of NRT treatments are the path, gum, lozenge, inhaler and nasal spray.

The patch sticks to the skin, and will release nicotine over time, the patch is replaced daily with a new one and the course is normally 8-12 weeks. It is important not to mess with the patch as it can disrupt the nicotine.

Gum comes in many different dosages, all depending on how much you smoke. The nicotine reaches your body through the lining of your mouth and will require you to chew the gum until it tastes peppery, and then leave it between your cheek and gums for about 20 minutes. It is very important to not eat or drink when chewing the gum.

Lozenges are similar to gum, as it releases the nicotine into the lining of the mouth, but make sure to keep it between the cheek and gums unit it is fully dissolved. Try not to eat or drink during this time as well, as it can cause some of the nicotine to get washed away.

An inhaler is often prescribed for nicotine addiction. It works similarly to an asthma inhaler, allowing you to inhale nicotine vapor, which will then get absorbed by the lining of the mouth and throat.

Nasal spray sends nicotine directly into each nostril and enters the bloodstream through the lining of the nose. This method is often preferred because it works faster than the other methods to get the nicotine to the brain.

Nicotine is addictive, which is why a lot of people struggle to quit smoking, but that doesn’t mean it cannot be done.

Smoking can cause a lot of health and medical issues, requiring more medications and possible hospital visits.

Get support when quitting, both from yourself and those around you, including coworkers and doctors.

Many people want to quit but struggle to do so, but your doctor can help you find the best method for you.

Soon enough you will be feeling better and your health will begin to improve.