Today we begin our journey back into the light.  There are two days during the year when the sun shines directly on the equator and the daylight and darkness are equal.  These are known as the Vernal Equinoxes and they occur this year on March 20th and September 23rd.  Those of us in the northern hemisphere welcome Spring as our days become increasingly longer until the Summer Solstice.  The veneration of the sun is one of the most ancient traditions on earth.  It is estimated that thousands of monuments, temples, megalithic structures, and stone circles were created specifically to track and acknowledge the coming of the equinoxes.  The eternal gaze of the Sphinx faces due east directly in alignment with the Spring Equinox sunrise. The temple of Angkor Wat in Cambodia is aligned with the rising of the Equinox sun as well, as is the Pyramid of Tikal in Guatemala, the circle of Stonehenge, and the temple of Mnajdra in Malta.

When society was largely agrarian the sun’s importance was unsurpassed.  Many cultures including the Egyptians, the Celtic tribes, and the Mayans celebrated the New Year at the coming of the Spring Equinox.  It was the time when the endless cycle of planting, tending, harvesting, and depletion began anew.

In addition to the Equinox there are some other big events going on in the sky!  There will be a total solar eclipse.  Unfortunately it won’t be visible in the US but you can watch it live online beginning at 5:45 Eastern Time.  CLICK THIS LINK TO WATCH.  Eclipses struck fear into the hearts of many ancient civilizations.  The earliest records of eclipses come from the 8th century B.C. when astronomers in Mesopotamia already had fairly sophisticated methods of tracking and predicting eclipses.  In China they believed that a dragon was eating the sun and would use drums, gongs and fireworks to make loud noises to scare the dragon away.  The Ojibwa would shoot flaming arrows up into the sky to try to reignite the sun which they believed had been extinguished by some dark force.  Hindus believe that demons are trying to steal the sun during an eclipse and avoid looking at the eclipse less they absorb any of the negative energy of the demons.  Hindu temples are always closed during the eclipse to protect the deities that they believe reside within.

As the equinox sun sets there will be a New Moon.  It’s not just any new moon but a Super Moon.  A Super Moon is defined as a Full  or New Moon that occurs when the moons orbit is at its closest point to the Earth.  We would love to see any photos you get on our Facebook page!

This marks a day of new beginnings.  If you want to begin a life of being tobacco free, you can find many #1stClassNoSmoking materials on our blog.  Our latest installment is a list of foods and drinks that may help ease cravings and get you on the road to smoking cessation that much quicker.  If you want to make today the beginning of a new healthier lifestyle, you can find a list of exercises beneficial to those with COPD, some that you can even begin right in the chair that you’re sitting in.

If you want to see where the future of oxygen therapy is headed you can check out the SeQual Equinox here.  It is the most advanced concentrator on the market today and in honor of the Spring Equinox we have special welcome to spring Equinox pricing on travel packages.

If you don't know much about portable oxygen concentrators or want more information, download our Official Guide to Portable Oxygen Concentrators! 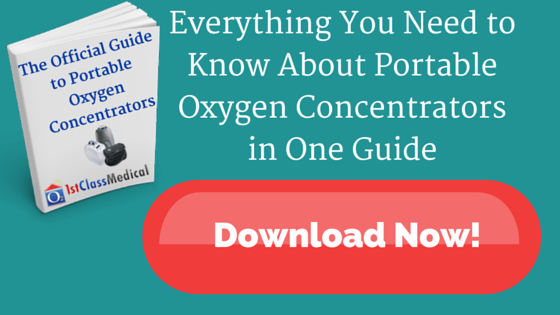