COPD: Why Are Women At a Greater Risk? 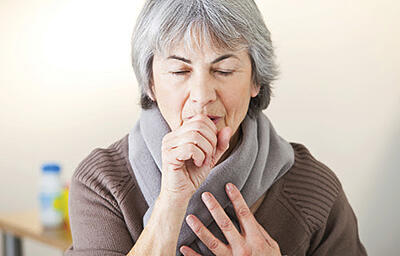 Historically speaking, males have been smoking a lot longer than women have which is why men have always been at a higher risk for chronic obstructive pulmonary disease. COPD as it is refered to throughout the medical field and between patients as a lung disease that is made up of either chronic bronchitis or emphysema that is mainly caused by smoking and other pollutants. This progressive lung disease takes away patients ability to breathe clearly by blocking the lungs with mucus which restricts airflow. Chronic obstructive pulmonary disease is the 3rd leading cause of death in the United States, only surpassed by cancer and heart disease. Unfortunately times are changing and so are smoking and COPD statistics, starting in the 1980's until now the number of women whose lives have been claimed due to COPD have quadrupled and since 2000 has claimed more lives of women than men. Not only are the statistics shocking but women may also be more genetically prone to developing COPD than men, but are also more likely to experience more intense symptoms and exacerbations throughout the progression of COPD.

The American Lung Association estimates that there are 7 million women diagnosed with COPD, and millions living with symptoms but have not been diagnosed. In 2009 alone 70,000 women had their lives taken too early by COPD, today women account for roughly 53% of deaths from chronic obstructive pulmonary disease. This can be directly related to the influx of women who began to smoke in the 70's and 80's, due to the fact that it generally takes 20 to 30 years for symptoms of COPD to develop. Of the 14.7 million people diagnosed with COPD, 58% of them are women.

Females and males are genetically different in many ways, including the way smoking cigarettes and other pollutants affect the body. For a long time researchers and physicians were puzzled at the fact that females were becoming increasingly more diagnosed with COPD than men. Especially since men are more likely to smoke, they smoke more cigarettes on average than women, and women were more likely to develop the disease sooner and feel more intense symptoms than males. Which has led doctors to conduct more and more research, and there is growing evidence that biologically, women are more likely of developing chronic obstructive pulmonary disease. Women have smaller lungs than males, they have narrower airways and less respiratory muscles to help inhale and exhale. Which means that cigarette smoke and other lung irritants are more toxic when inhaled into a females airways.

The damages that are done to the lungs are also attributed to studies that have shown that women inhale and hold smoke in their lungs longer, leaving the lungs exposed to irritants for longer periods of time. The female sex hormone estrogen has also been shown to worsen the effects from lung irritants. Estrogen speeds up the rate at which nicotine is processed in the body, but it does not speed up the process of expelling these toxins. Over time as more and more smoking occurs and the faster nicotine is processed, it begins to build up in the lungs causing stress and further damage. Researchers also believe this increased processing of nicoteine explains why it is much more difficult for women to quit smoking than men.

Talk to Your Doctor

If you are smoker then the first thing to do is quit that dangerous habit. If you are finding it difficult to inhale and exhale do not just brush it to the side and automatically attribute it to getting older. Often times women notice their first sign of breathlessness after a cold or flu and do not get the symptoms checked out, leading to possible further development of COPD without any treatment. So if you are experiencing breathlessness or a chronic cough be sure to bring it up to your doctor and ask about getting tested.