COPD Medications & How They Can Benefit You 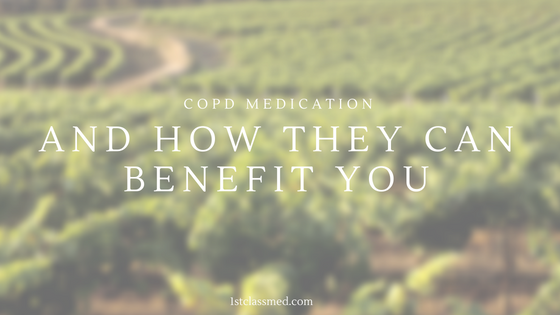 Chronic obstructive pulmonary disease (COPD) is a broad term for a group of diseases affecting the airways and lungs.

The two most common types of COPD are chronic bronchitis and emphysema, their cause is normally long-term exposure to cigarette smoke.

It is also possible to get COPD from air pollution, chemicals and even dust.

Outside toxins can also worsen the effects of COPD, making it hard for COPD patients to go outside without having a flare up.

There is no current cure for COPD, as the damage to the airways and lungs is permanent.

Luckily there are multiple medications that can lessen the severity of inflammation and pain in the lungs.

We broke down medications commonly prescribed for COPD patients, their purpose, and possible side effects.

Always speak to your doctor and pharmacist to make sure you fully understand the medication and how it should be taken.

Coming in multiple forms, such as inhaled, tablet, liquid, and injectable, all four ways can help a patient get the quick relief that is needed.

These short-acting bronchodilators are normally used in an inhaler, as it can give the quickest relief.

Inhaling the medication can get it to the airways and lungs fast, preventing an attack from getting worse.

By being inhaled, the bronchodilators latch onto receptors that are on the surface of smooth muscle cells lining the small airways in the lungs.

Binding to the smooth muscle cells, it causes the lungs to relax and to reduce how constricted they are.

The inhaled form of bronchodilators are the most beneficial in emergency situations, as they reach the place they are needed very quickly.

Some Types of Short-Acting Bronchodilators:

Some Effects of Short-Acting Bronchodilators: 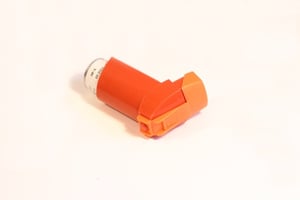 Taken one to two times a day, long-acting bronchodilators are most commonly inhaled or nebulized.

Long-acting bronchodilators are not recommended in emergency situations, as they take a long time to work and are used over a longer period of time to become effective.

This form of a bronchodilator is best when combined with an inhaled steroid.

Used for longer time frames, they work by keeping the airways opened and relaxed for about 12 hours.

Some Types of Long-Acting Bronchodilators:

Some Effects of Long-Acting Bronchodilators:

Many side effects of long-acting bronchodilators can diminish or go away completely after a few weeks.

COPD is known to cause inflammation in the airways and lungs, making it harder to breathe.

Corticosteroids are used to help reduce the inflammation.

Coming in multiple different forms such as injections, inhaled or taken by mouth, corticosteroids are used on their own or with another medication.

Normally, corticosteroids are used as the symptoms become more severe, helping with flare-ups.

Like short-acting bronchodilators, corticosteroids are best used when inhaled, as the medication can get to the lungs to start working.

Some Types of Corticosteroids:

Some Effects of Corticosteroids: 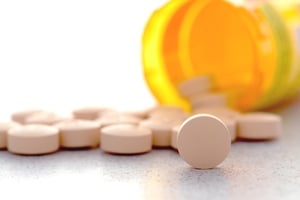 Used for more severe COPD, after the use of bronchodilators and corticosteroids are exhausted.

Methylxanthines are normally used in conjunction with a bronchodilator.

They are not prescribed as much anymore, as bronchodilators tend to work a bit better.

Though not used as much anymore, as many bronchodilators are more effective, methylxanthines can help for those who do not feel any relief from bronchodilators.

Some Types of Methylxanthines:

Some Effects of Methylxanthines:

Roflumilasts are used to inhibit the enzyme PDE-4 (phosphodiesterase-4).

PDE-4 is know to have an anti-inflammatory effect, which is not good for COPD patients who already have a lot of swelling and inflammation in the lungs.

Coming in an oral form, the dosage stays relatively low at about 500 mcg a day.

Many times, roflumilast will be prescribed with a long-acting bronchodilator, as it will help open the lungs over a longer period of time. 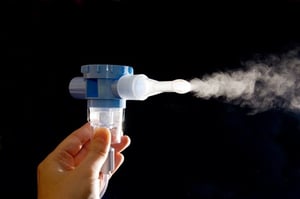 Like stated in some of the above medication descriptions, many of these medications can be used together, and it can have a better result.

When combining medication, of any kind, consult with your doctor about if it is medically safe.

If your doctor deems you need to combine medication to get a better result, let them know about any other medication you may be on.

When meeting with your doctor for your COPD, informing them of all your current symptoms, related to COPD or not, is important.

It allows your doctor to assess your current state and deem what medication is safe and best for you.

Dealing with depression and taking a medication that can worsen depression would be something your doctor would want to avoid.

That is why it is important to tell your doctor all your current symptoms and conditions.

It is also very important to ask questions when meeting with your doctor.

If you feel you cannot afford your medication, speak with your doctor about your options and if there is a way to save money.

Ask about dosage, and how to take your medication, as well as if there is anything you can do to help any symptoms you may have.