What is Barrel Chest and What can Cause it 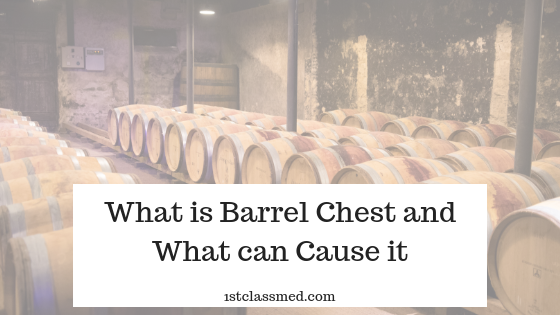 Barrel chest often describes those whose chests are as wide as they are long, giving a barrel appearance.

Barrel chest is most often linked to osteoarthritis, which is a common form of arthritis that can damage joints in your body (such as hands, knees, hips and spine).

It can also occur in those who have COPD, it can occur as the lungs are chronically over-inflated and the rib cage stays expanded.

This expansion can cause difficulty breathing (as the lungs are working less efficiently) and it can also cause irritation and shortness of breath.

Barrel chest itself isn’t often treated, but if the cause is severe, the cause will be treated to ease any symptoms.

How Does it Happen?

For many with lung conditions, it can require more work to get oxygen into the lungs and to the body, which can cause the lungs to work harder.

Many lung conditions result in the alveoli dying, so the lungs need to have longer and more inhalations.

As the disease progresses and the alveoli become less useful, the lungs remain over-inflated and leave the rib cage in an expanded state.

Overtime, the continued over-inflation of the lungs can lead to a permanent barrel lung. 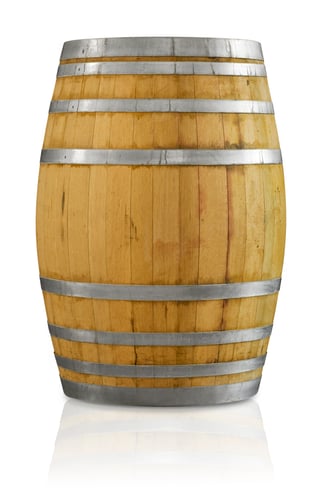 Diseases That can Result in Barrel Chest

Altitude can also be a cause of barrel chest in those living in high altitudes, normally about 16,500 feet.

The thin air in extremely high altitudes requires the lungs to work harder to maintain the right balance of oxygen and carbon dioxide in the body.

Barrel chest occurs in those who live in the high altitude for a long period of time, those who are just visiting will not experience barrel chest but may have the appearance of a larger thorax (this is not permanent).

Many people do not live above 16,500 feet, but those that do almost always develop some severity of barrel chest.

For those with COPD, overtime it is possible to develop a bulging chest (or barrel chest) from the over-inflated lungs.

Being unable to deflate the lungs normally can cause the rib cage to permanently stay expanded.

Barrel chest can worsen current breathing problems for those with COPD, which can make it seem like you are even more short of breath than normal.

Treatment of COPD can lessen the appearance of barrel chest, but it will not completely get rid of it.

Cystic fibrosis is a genetic disorder that affects breathing because the lungs get clogged with excess mucus production.

This mucus production can cause blockages in the alveoli, which can make it hard to inhale and exhale.

The inability to exhale fully can result in the lungs remaining partially inflated and over time can cause barrel chest.

CF affects lung capacity, and as it decreases the likelihood of barrel chest increases.

There are a handful of genetic disorders that are rare but can also be a cause of barrel chest.

A disease called Dyggve-Melchior-Clause (DMC) syndrome is a very rare, progressive condition that is characterized by short stature, deformities in the skeleton and an abnormal sized head (small).

The deformities to the skeleton can affect the rib cage and can cause barrel chest.

DMC is a very rare condition and has only about 100 cases that have been reported.

Mucolipidosis (type 2) is another condition that is known to affect the skeleton, but it also affects growth, skin, mental developments and the heart.

This can cause barrel chest because of the effects on the skeleton that the condition has.

There are more rare conditions that can cause barrel chest, so if you feel you are at risk speak with your doctor.

Commonly called “wear-and-tear” arthritis, it is the most common form of arthritis, affecting the joints in the hands, wrists, arms, knees, back and legs.

It can become more serious and affect the middle back and thorax, as it worsens it is called thoracic arthritis.

Thoracic arthritis is caused by degeneration of cartilage and bones in the middle spine, making bones rub on each other.

As bone rubbing occurs, inflammation can occur and trigger overproduction of bone tissue in the spine, leading to malformation of the spine.

Malformation of the spine can cause muscle loss as well, which can be damaging to the lungs and rib cage.

If it is not changed, it can become permanent and the joints can fuse together, making barrel chest an irreversible condition.

Low calcium can add to the severity of barrel chest, as it can accelerate the issue. 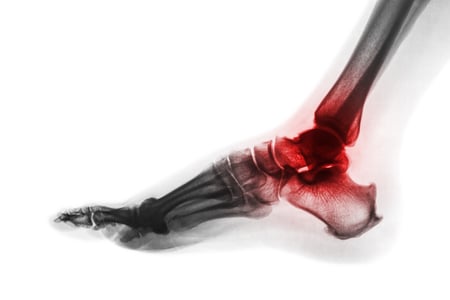 If asthma is severe enough in children, it can cause barrel chest at a young age.

Unlike CF, asthma causes the airways to become narrow and constrict which can keep the air in the lungs.

This expansion of the lungs can lead to barrel chest in severe cases of asthma, especially in young children.

Part of this is believed because the cartilage of the rib cage is still flexible and is more easily affected by excess air in the lungs.

For children, if asthma symptoms are minimized or treated, barrel chest may be revered during childhood.

Barrel chest is the deformation of the rib cage, resulting in a “barrel” appearance.

Many difference diseases and conditions can affect the rib cage and result in barrel chest, which is commonly permanent.

If you have any disease or condition that can cause barrel chest, it is important to speak with your doctor about what can be done to lessen the severity.

It is important to know what can cause barrel chest, as well as understanding what is it and what it can do to your body.